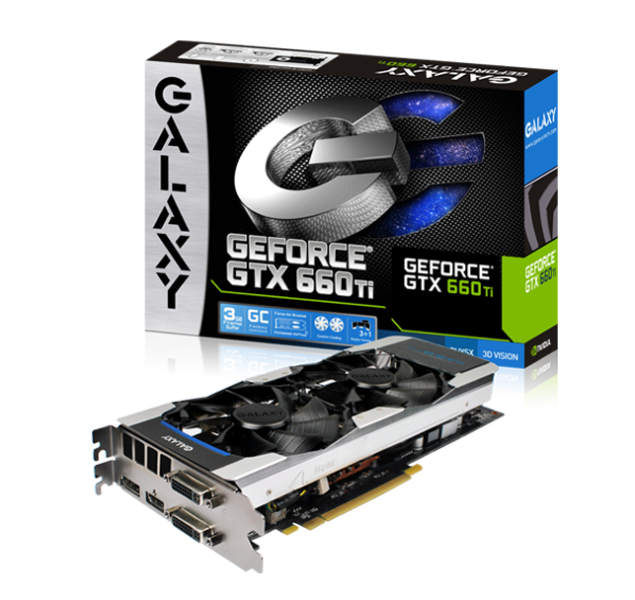 With the NDA only a few minutes away from being lifted off, graphics card manufacturer GALAXY has listed 3 GTX 660 Ti graphics cards on its website. The new cards come in both reference and custom PCB designs.

The reference card comes with reference clocks and memory which are 915 MHz core/980 MHz boost clocks with memory set at 2 GB GDDR5 across a 192 bit interface.

Whereas the other two listed cards feature a custom PCB and aftermarket GALAXY GPU coolers. Both feature factory overclocked speeds of 1006 MHz core and 1084 MHz boost clock. One is a 2 GB variant while the other is a 3 GB model that caters to possibly two display setups with one card.

Surprisingly, all the cards are rated at 150W TDP with no effect from the bump in the core clock speed.