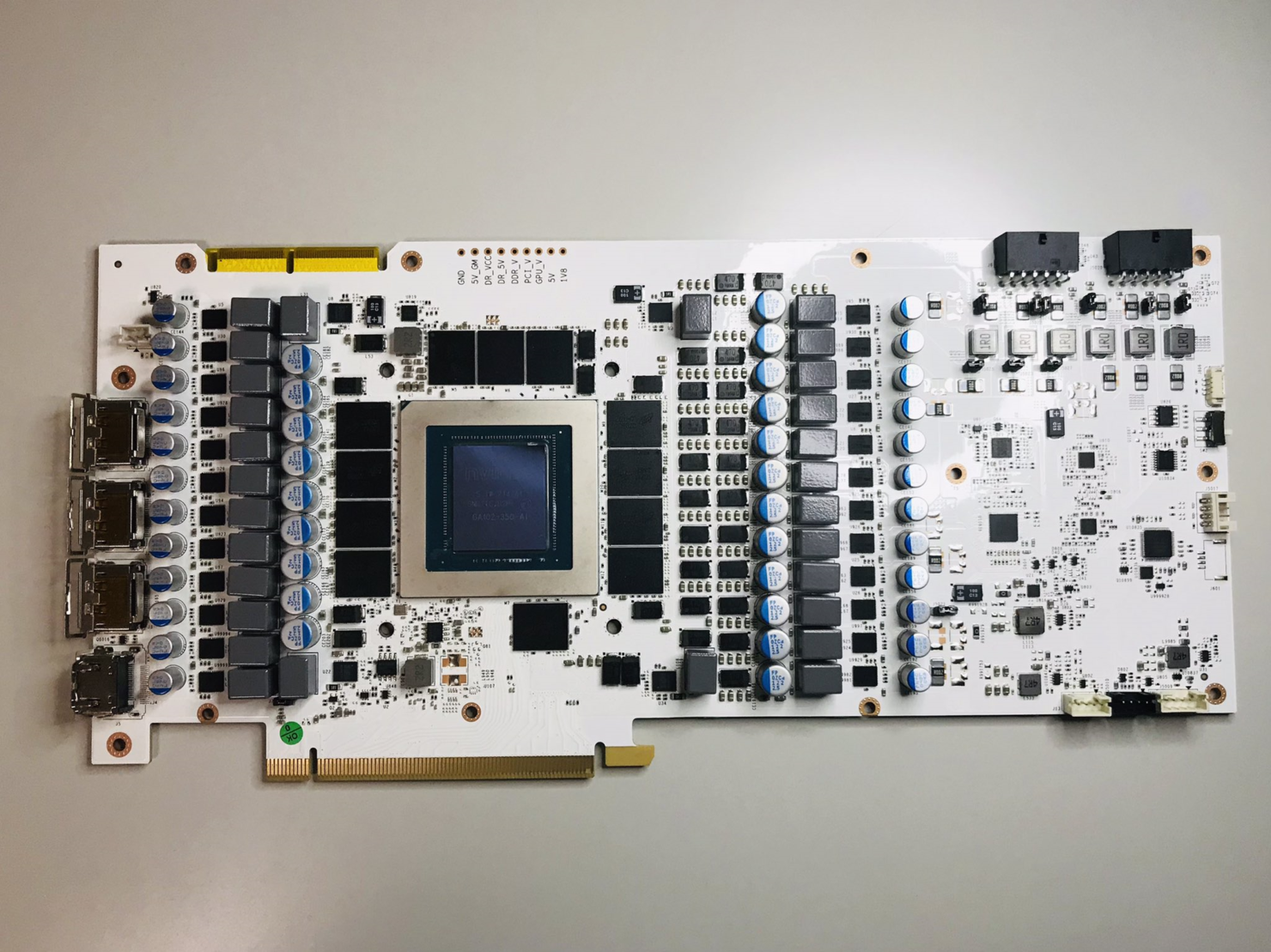 When GALAX revealed their flagship GeForce RTX 3090 Ti HOF OC LAB Edition graphics card, they didn't show off the PCB too much. Japanese overclocker, Duck OC, has acquired his sample of the OC LAB edition and given us a first look at the impressive 28 phases onboard this monster card.

The HOF series has always been the pinnacle of overclocking and only a few other designs are able to match the capabilities of these cards. The GALAX GeForce RTX 3090 Ti HOF OC LAB Edition is also the only other card besides the EVGA GeForce RTX 3090 Ti KINGPIN Hybrid which will feature dual 16-pin connectors for a max theoretical power input of 1200 Watts. The TGP of this specific variant is set to 516W and since the Gen 5 connectors don't allow the card to sip in power through the PCIe interface, a second connector is required to sustain the 516W TGP. You can see the PCB connected to dual 16-pin adapters which lead to six 8-pin connectors. 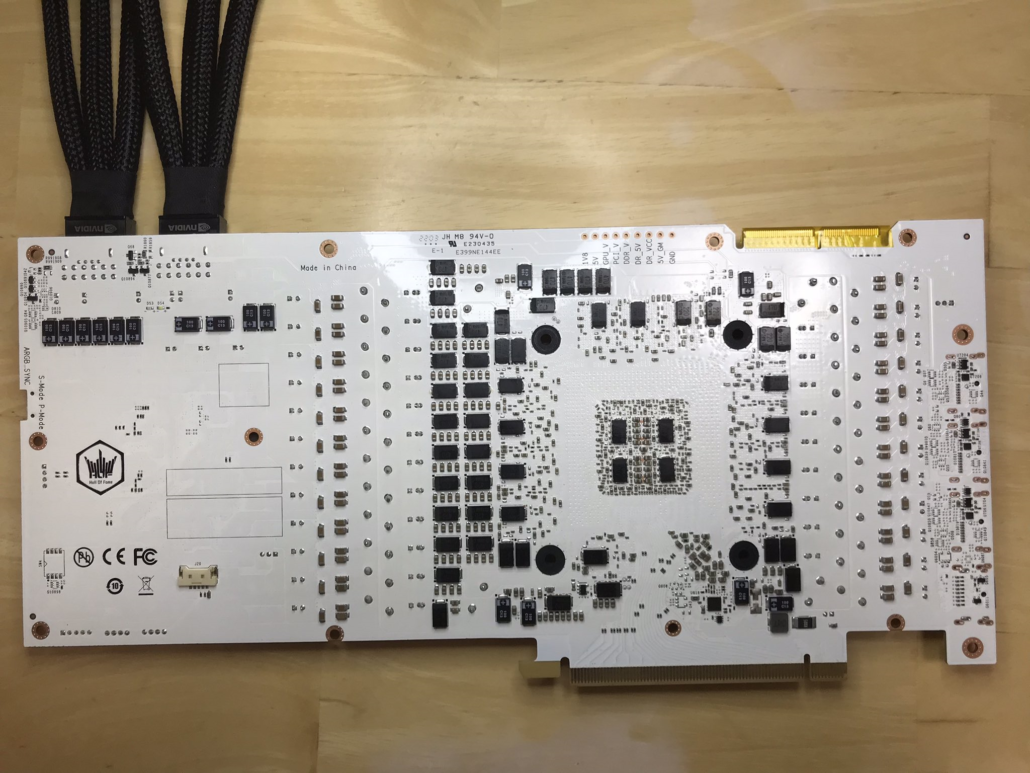 As always, GALAX utilizes a pure white color scheme with an insane 14-layer design. You can see the use of solid capacitors and an insane 28 VRM phases which power the GPU and the VRAM. For comparison, the Founders Edition only features 21 phases.

The card has a dual BIOS featured at the very end and there are several other connectors that can be used for monitoring and diagnostics. Since this card is an overclocker-specific variant, it also rocks several voltage read points next to the NVLINK connectors. There will certainly be an Extreme Over Clocking BIOS 'XOC' ready for the card when it officially hits retail so that overclockers are able to breach the 516W TGP limit and go beyond that.

Duck OC also posted pictures of the new water block that is designed specifically for the GALAX GeForce RTX 3090 Ti HOF OC LAB Edition graphics card. It comes with an acrylic plate on the front and a diffused white texture on the back. The 'HOF OC LAB' logo has also been updated. Graphics cards such as these are primarily utilized in LN2 cooling so expect it to be seen breaking world records real soon.