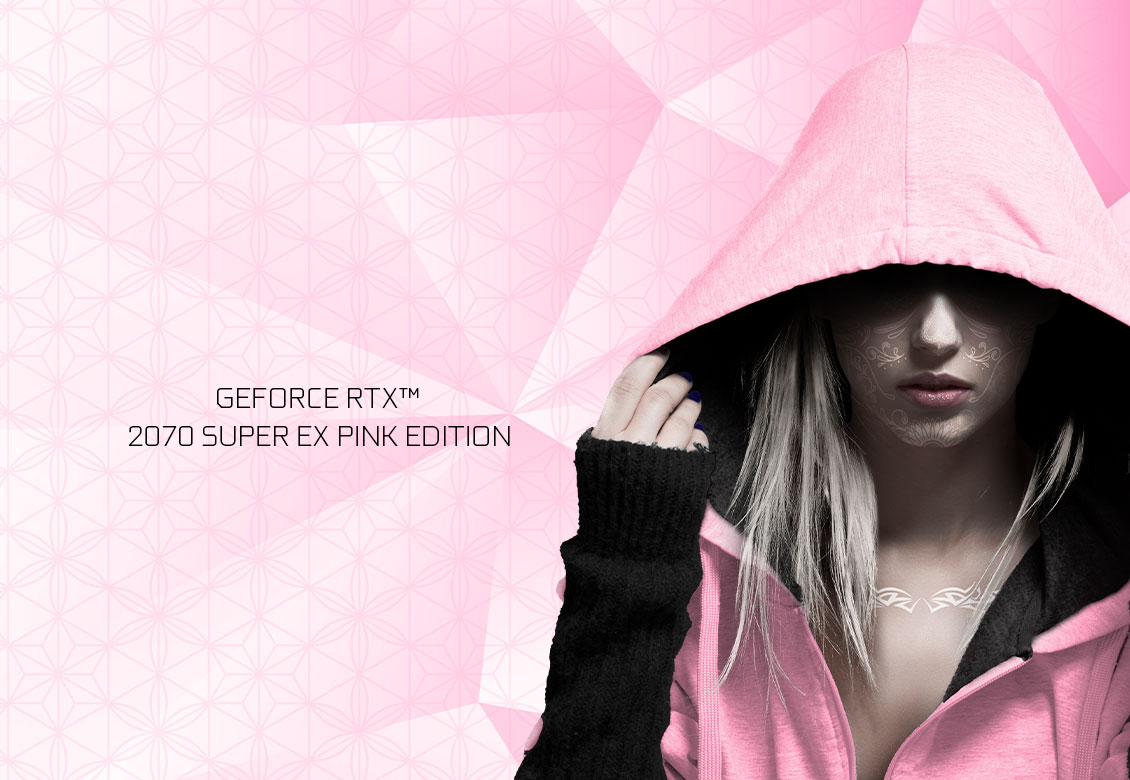 The GALAX GeForce RTX 2070 SUPER comes with a nicely designed EX cooler that we have seen on other GALAX cards. This EX Pink Edition variant, in particular, makes use of a pink-colored shroud & a pink-colored aluminum backplate, both of which look great since the pink-colored used isn't that flashy. The card comes with the Twin Fan layout which includes two 100mm fans which feature the silent extreme technology.

This means that the fans will not operate until a certain temps threshold is reached. The fans also come with RGB LEDs which are set to pink by default but you can change them by using the GALAX Xtreme Tuner application. 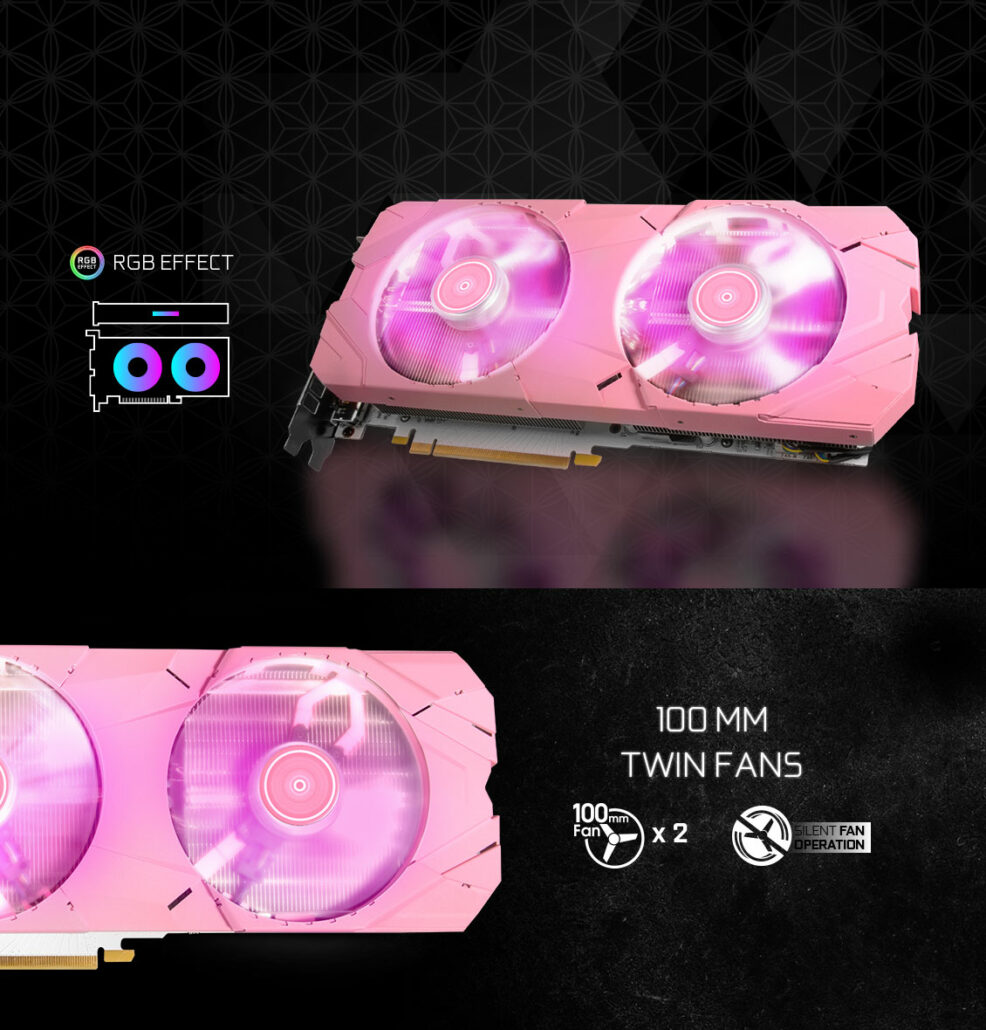 The card comes with a white-colored PCB which is always pleasing to look at compared to a black colored PCB we usually get on graphics cards. The card features a large aluminum heatsink that is sitting right on top of the PCB components such as GPU, VRAM, and VRMs. Core specifications for the GeForce RTX 2070 SUPER EX Pink Edition remain the same, featuring the TU104 GPU core with 2560 CUDA cores and 8 GB of GDDR6 memory clocked at 14 Gbps. The card does get a slight out-of-the-box overclock of 1830 MHz which is always a great thing.

As for display connections, the card features a single DisplayPort 1.4 and three HDMI 2.0b ports. Power is provided through an 8+6 pin connector configuration. There's no word on the pricing but expect the price to be similar to GALAX's existing EX RTX 2070 SUPER variant around $420 US. The card definitely targets a niche market but there has been a rise of white and pink themed PC builds in the game streaming community and this card can look great in such setups.