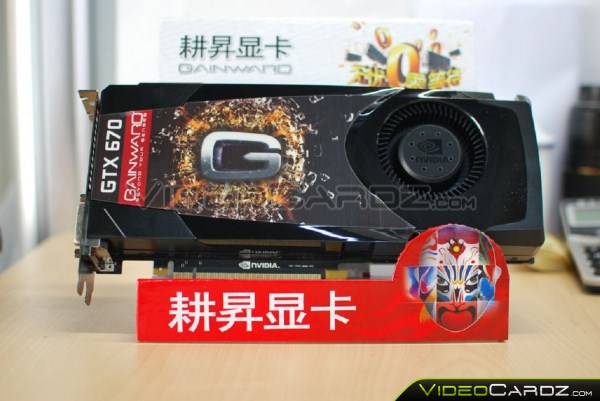 Gainward seems to be playing a bit different than the other AIB vendors on the market for Nvidia’s GTX 670. As information received by VideoCardz.com, Gainward has a launched a new variant of the GTX 670 based on a reference GTX 680 PCB.

The new card features the same clocks from the stock GTX 680 alongwith a 4+2 Power Phase design. The card is powered by two 6 pin connectors which doesn’t seem to give much room for overclocking even when compared to the reference GTX 670.

Clocks nevertheless will be 1006/1058/1502 MHz (base, boost & memory) with the outputs consisting of two DVI, an HDMI and a DisplayPort respectively. The new Gainward GeForce GTX 670 is currently on retail in China for $504 that also includes a bundle of Nvidia’s 3D Vision glasses.

Besides that, this card might be able to be BIOS flashed to a GTX 680, but then again, Nvidia never takes any chances.