What started off as an email full of random garbage addressed Gabe Newell; the owner of Valve turned into a surprising reveal when things took an interesting turn in his reply to the email in which he hinted that he is announcing "All our favorite games at E3 2012" Could this be the moment gamers across the world have been waiting for? Could this be proof that Valve CAN count to 3 after all? Do I dare say this could be Half-Life 2: Episode 3 / Half-Life 3?! 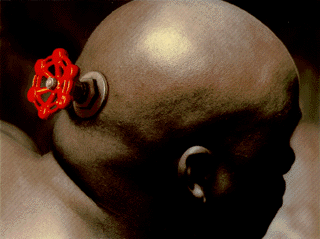 it was an average day for 4chan users as they sat around and made a thread where each person making a post would recommend words which would be used in an email to be sent to Gabe Newell, but what 4chan expected to be a successful trolling turned out to be better than they expected when Gabe Newell replied to their colorful and bizzare email with the words

"I don't suppose it would ease your wrath if I told you we're announcing all your favorite things at E3 2012?"

This statement sent fans of the popular PC retailer buzzing with excitement and into full throttle with the speculations of what to expect in the coming E3 with the most popular speculation being none other than "Half-Life 2:Episode 3" Or "Half-Life 3" which is THE most wanted sequel from Valve. Even right now the email has created quite a commotion among fans as they are speculating all sorts of plausible game ideas from ARG's which Valve is already releasing for the public to decode like they did with Portal 2 for an Early unlock date.

Now you maybe be thinking that how is 4chan a reliable source? So did the people at reddit, hence they sent an email to Gabe to confirm the rumors and the reply made them even more excited:

"I can see how the wording caused some confusion there. Yes, we are announcing something with a three in it"

This is definitive proof that the next big Valve project could be the most anticipated game yet for 2012, with a healthy set of titles already lined up for 2012 such as Mass Effect 3, Bioshock Infinite and Hitman: Absolution, a Valve game would be truly sensational to make 2011 another great year for valve.

In an interesting series of events Doug_Rattman (a famous character in Portal 2) has opened a twitter account and is tweeting weird codes HERE.

Could this all be leading up to an eventual release of one of the most highly anticipated of all time? Will I get to play the next Half-Life game before I end up a senior citizen? E3 2012 can't possibly get here any faster now.