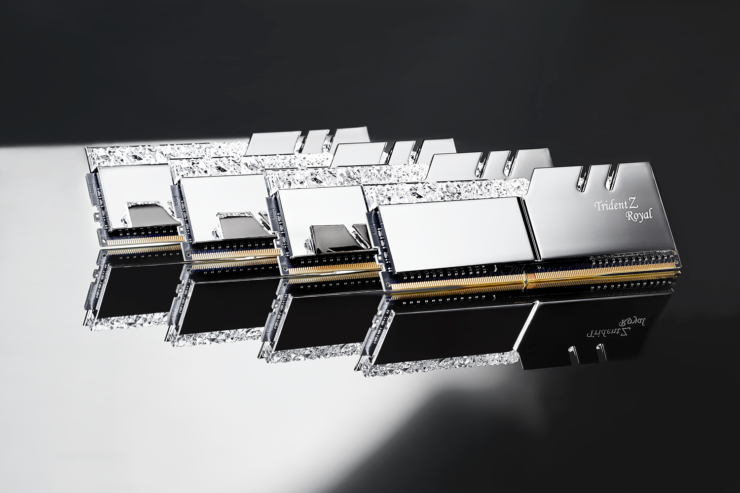 G.Skill Trident Z Royal Series 32GB (A kit of two 16GB modules), costs an amazing $129.99 on Amazon (but only one in stock). It is available on Newegg for a fairly cheap price of $149.99 US which is impressive for a stunningly designed memory kit. You can even check out our own review of this spectacular memory kit over here.

This ram comes in silver/gold plate surroundings along with a diamond glass texture on the RGB diffuser to show the LEDs sparkle across the rocky pattern, which will have your gaming system looking amazing. The font for the words Trident Z Royal is fancy enough to make people look at it in admiration but not too fancy to make people get upset and worry about how much money you spent on these ram sticks.

The rocky glass texture is labeled as G.Skill's radiant crystalline light bar which allows the 8 RGB led zones to be dispersed and refract throughout the texture and makes the ram light up in new and amazing ways. The ram lights are also able to be controlled by Aura SYNV, Gigabyte RGB fusion, and most motherboard manufacture lighting control software. 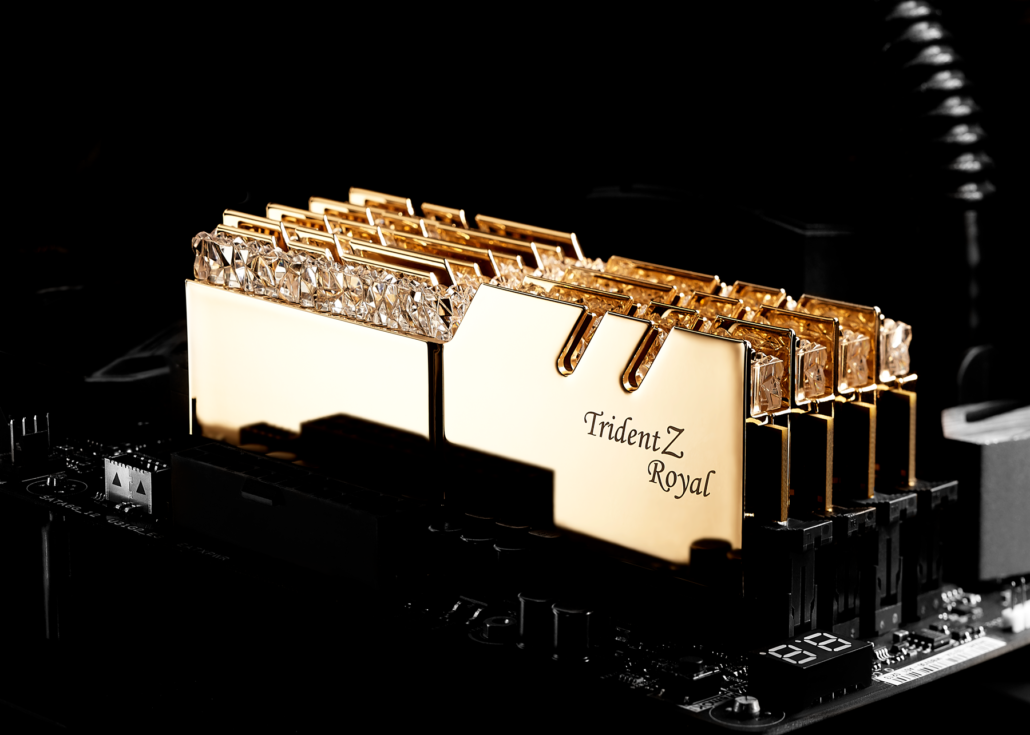 Another option for this ram is the size of the total amount of ram and how it's inserted into your computer, there are two sticks of 16GB. Another option is  32GB consisting of four 8GB sticks to be inserted into your RAM slots (along as your motherboard supports four ram DDR4 ram slots), or you can pick the option of two 8GB sticks to equal out to 16GB rather than 32GB. On the opposite, to get this ram kit up to 64GB it would consist of four 16GB modules.

The Trident Z Royal runs at an amazing 3200Mhz, which makes this ram kit amazing for Ryzen 1, 2, or 3rd generation processors as Ryzen processors run better when they have access to faster RAM.

In conclusion, this ram is most definitely an amazing piece of PC hardware, but the price for most people would make people turn away but this ram is only about $20 more than the average 32GB kit of DDR4 3200Mhz speed ram. So if you are looking to buy 32GB of ram I would buy this amazing ram set for the deal that is active for the next 3 days as this deal ends on Sunday (11/10/19).