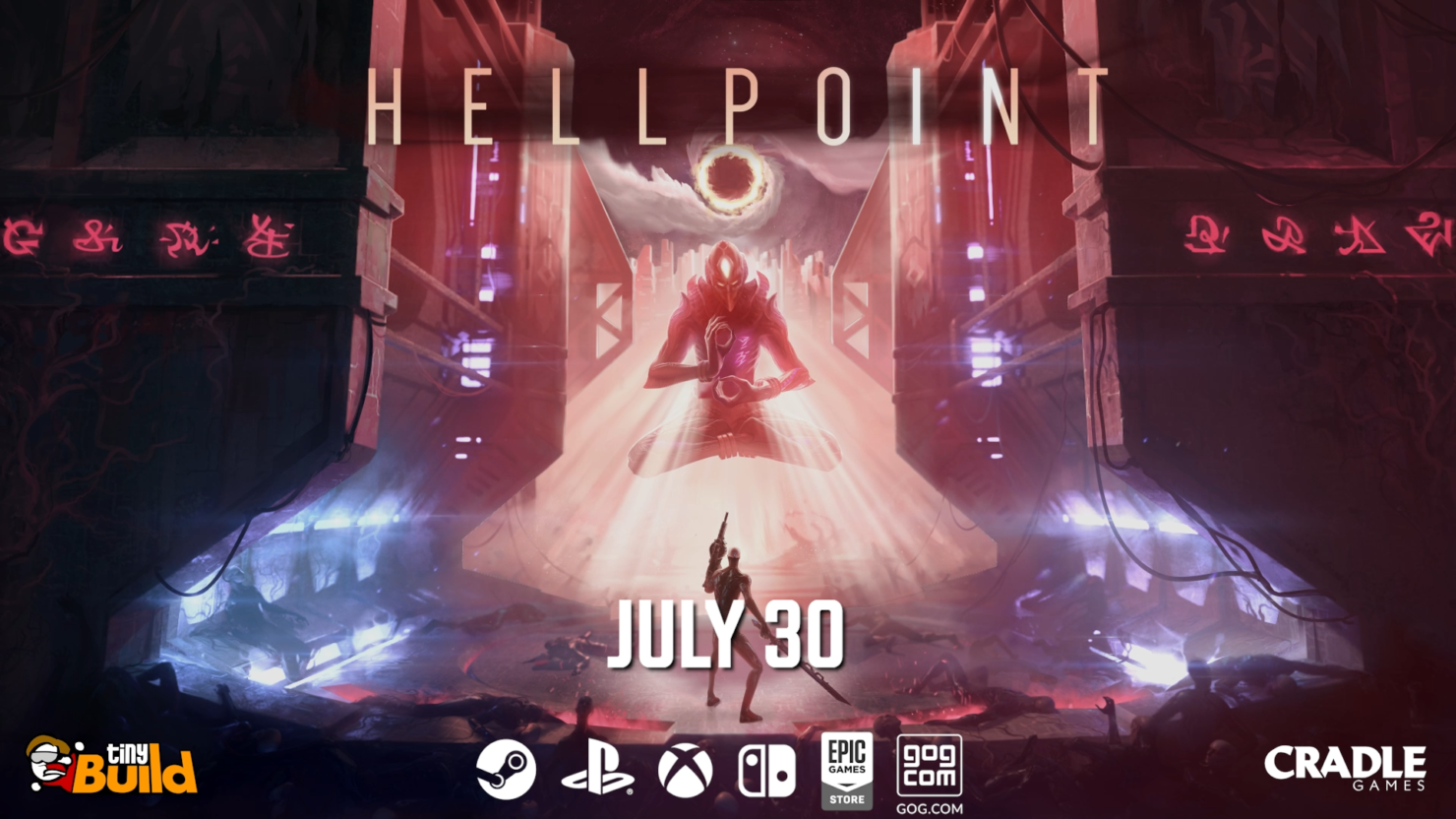 The upcoming Souls-like from Cradle Games has had a lengthy demo period with the release of a standalone demo title The Thespian Feast earlier this year and a closed beta that we were able to check out and preview sometime afterwards. Instead of releasing Hellpoint to the public as an Early Access title on Steam, tinyBuild and the development team of Hellpoint have held back the final game before finally revealing the release date today.

Hellpoint's release date announcement was revealed during a stream featuring Delrith from The Angry Joe Show. The same stream confirmed that viewer integration will be coming to Twitch, including chatbot commands to announce the player's current death count and certain in-game effects.

Unique to Hellpoint is the inclusion of local co-op in addition to the standard multiplayer modes. When we previewed Hellpoint back in April, here were our initial thoughts on the mode.

Hellpoint also features a multiplayer system, and while the online co-op and PvP modes were unavailable to test, I was able to get hands-on with the local co-op (another first for a Soulslike). After having two characters that have spawned into the world of Irid Novo and undertaken the introductory healing tutorial, the second player can join the host freely just by picking up a controller and hitting start. Once in a host's game, both experience and loot are freely distributed for both characters, so picking up environmental loot or a new helmet off a dead guy will reward both players for their time. In the current build, I could not find a way to drop items for the other player, so the dreams of cheap and easy item duplication won't come true that easily.

Hellpoint, from Cradle Games and tinyBuild, will be available on PlayStation 4, Xbox One, Nintendo Switch, and PC (Epic Games Store, Steam and GOG) on July 30th.