The Xbox One was touted as being a media center appliance from it's inception. The OneGuide app was supposed to be the replacement for your own DVR and cable box, though it didn't quite deliver on that promise. Soon, however, you may be able to watch TV over the air with an upcoming update, adding official USB tuner support. 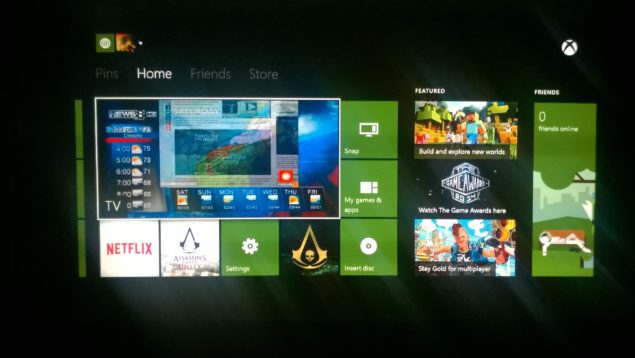 Gamesradar has just noticed that If you're in the Xbox One preview program, then you now have full support for a particular USB TV Tuner, the Hauppauge WinTV-955Q, which can let you watch over the air TV on your Xbox One. This follows on the apparently successful release of the Xbox One TV Tuner in Europe.

This is fantastic news for those in the US and Canada that don't want or have cable TV It's even great news for cord-cutters that would appreciate being able to watch local news and some prime time TV shows. The official support and an official Xbox branded TV Tuner can increase the functionality without worry of anything going wrong. Bringing this to the US is only logical, but probably had a few legal and other hurdles from the large broadcast companies. But it looks like it's at least being worked on and looked at!

Unofficial ways of watching broadcast TV in the US have been available for some time, however, with many USB tuners being compatible and recognized easily. The difference between previous support and now is that all data can now be sent over the USB port. And official support and drivers always helps with compatibility.

I think it's great that live broadcast TV is finally being considered a necessity in the North American market. It can only spell good things for those wishing to leave cable behind, and it helps to consolidate and strengthen the relevancy of the Xbox One's media center capabilities.