Square Enix and Eidios-Montreal have decided to make some changes to the pre-order program for Deus Ex: Mankind Divided. The tiered "choose your reward" program is being completely removed following the negative feedback from the community. 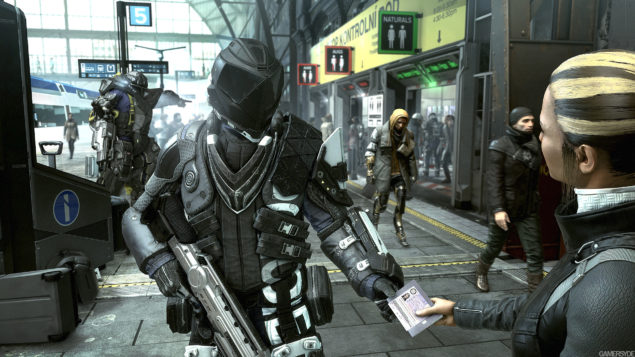 Pre-ordering Deus Ex: Mankind Divided gets you all the promised DLC and content now.

Initially it was revealed that bonuses and pre-order content were only going to be available when a certain number of people pre-ordered, unlocking tiers as more people bought in. Each tier allowed you to choose one of a number of different things. The idea was to mirror one of the core ideas from the game; choice.

Fans of the franchise apparently didn't want their DLC to be reliant on others. Those concerns and that angst was heard by Square Enix, however, and the pre-order tiers have been removed, and all of the associated content with the program will now be made available for free to anyone who pre-orders or purchases a Day 1 edition of Deus Ex: Mankind Divided.

Also, more importantly, it releases date on February 23, 2016 for everyone. No longer is that dependent on pre-orders as well.

“We really understand and appreciate the passion for Deus Ex that the fans have shown here. Know that all of us, both at Square Enix and Eidos-Montreal, share that passion for this franchise.”