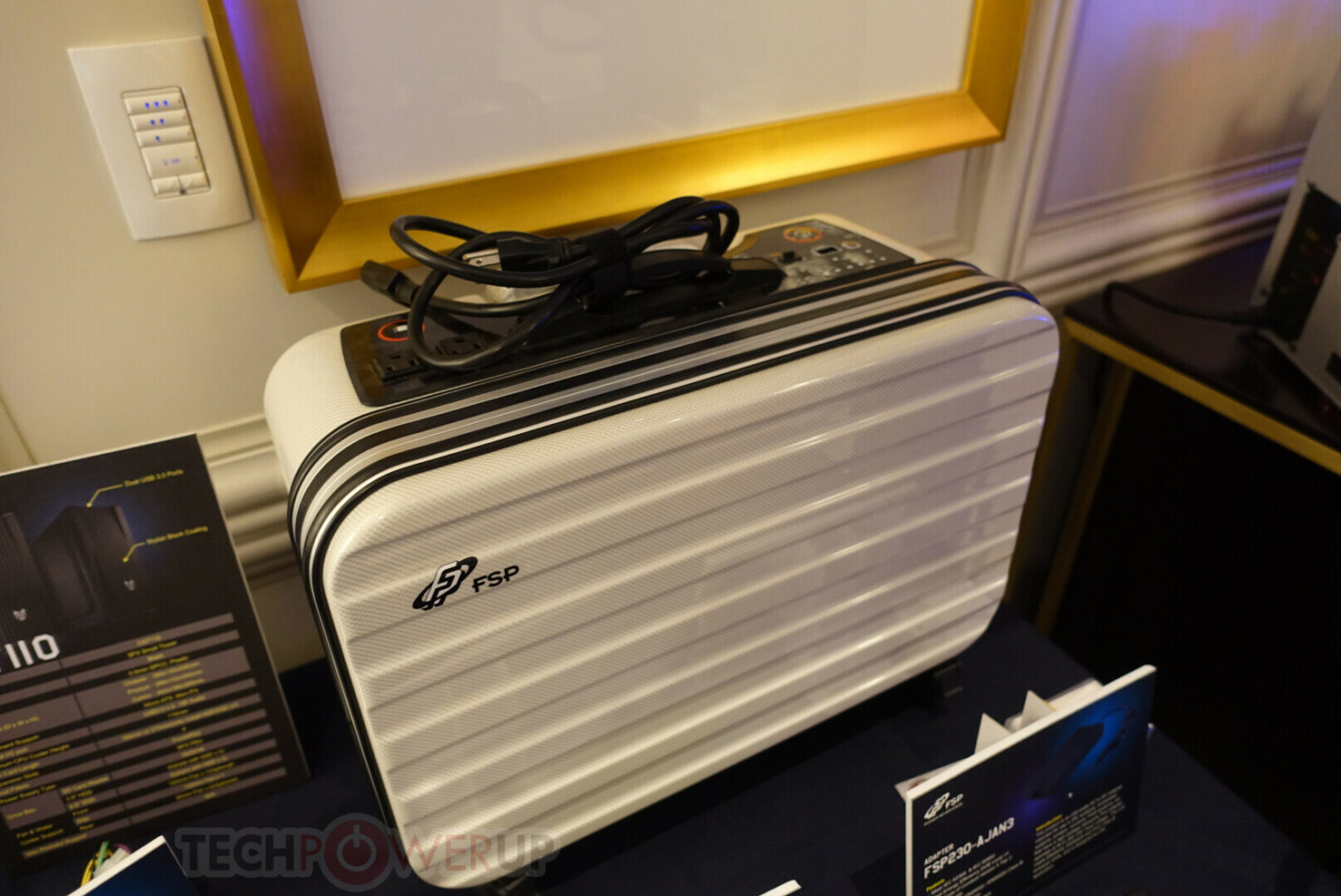 FSP, Fortron's consumer brand, has had an eventful CES 2020 showing off numerous products like CMT710 premium gaming chassis, the Pure 12V PSU, and the Emergy 1000 UPS.

The FSP500-30AKB power supply might not be aesthetically pleasing, but this power supply has only two domains: +12V and +12Vsb. This newer design makes the bulky 24-pin ATX power connector, and this PSU only feeds a maximum of 12-volts to your motherboard, which uses onboard VRM and DC-to-DC switching to the lower voltage domains. 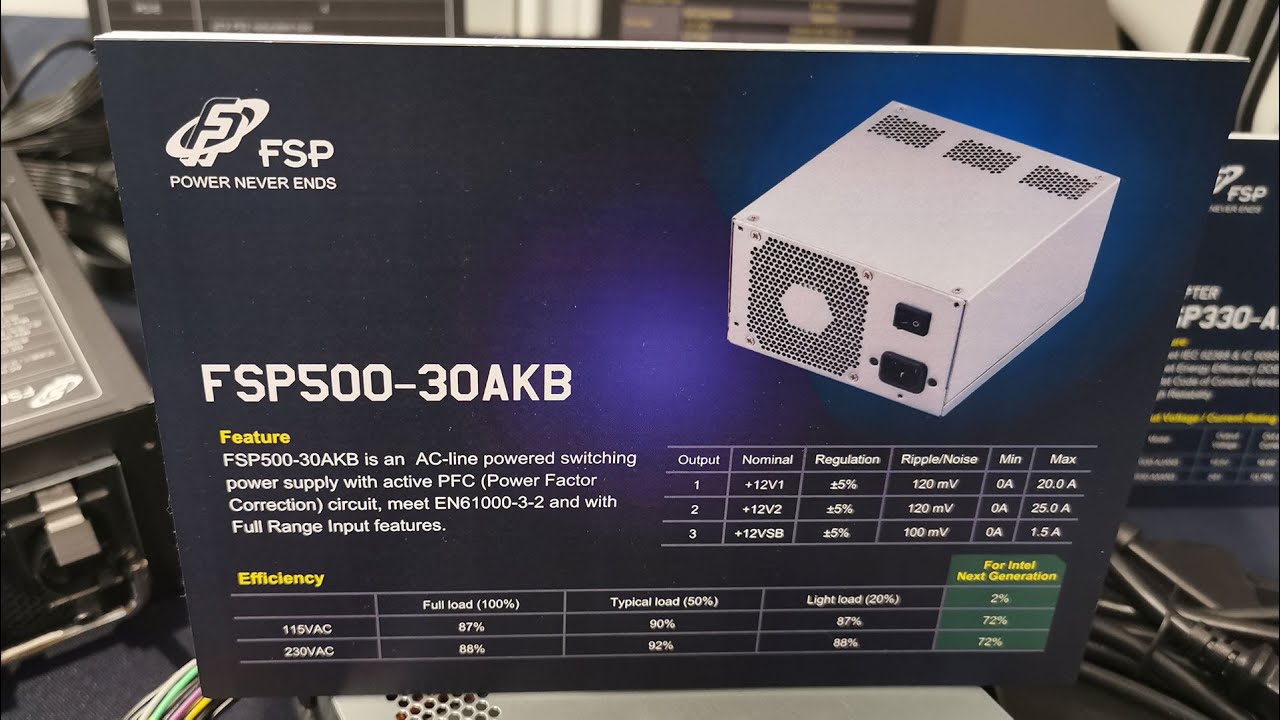 Emergy 1000: A UPS that looks amazing and has a fantastic capacity.

The Emergy 1000 looks like a travel bag, offering wheels, a handle, and a plastic body, which allows this UPS to be easily transportable. The charging component pulls 600-watt off the wall to recharge the battery, the Emergy 1000 also takes in 12-volts from third-party solar panels. FSP has not released any official Ah figures are this time.

The Emergy 1000 utilizes a sealed lead-acid battery, instead of a lithium-ion battery. The outward design has a lid with a bag-like zipper that opens a compartment where you tuck in its three-pin AC cable. 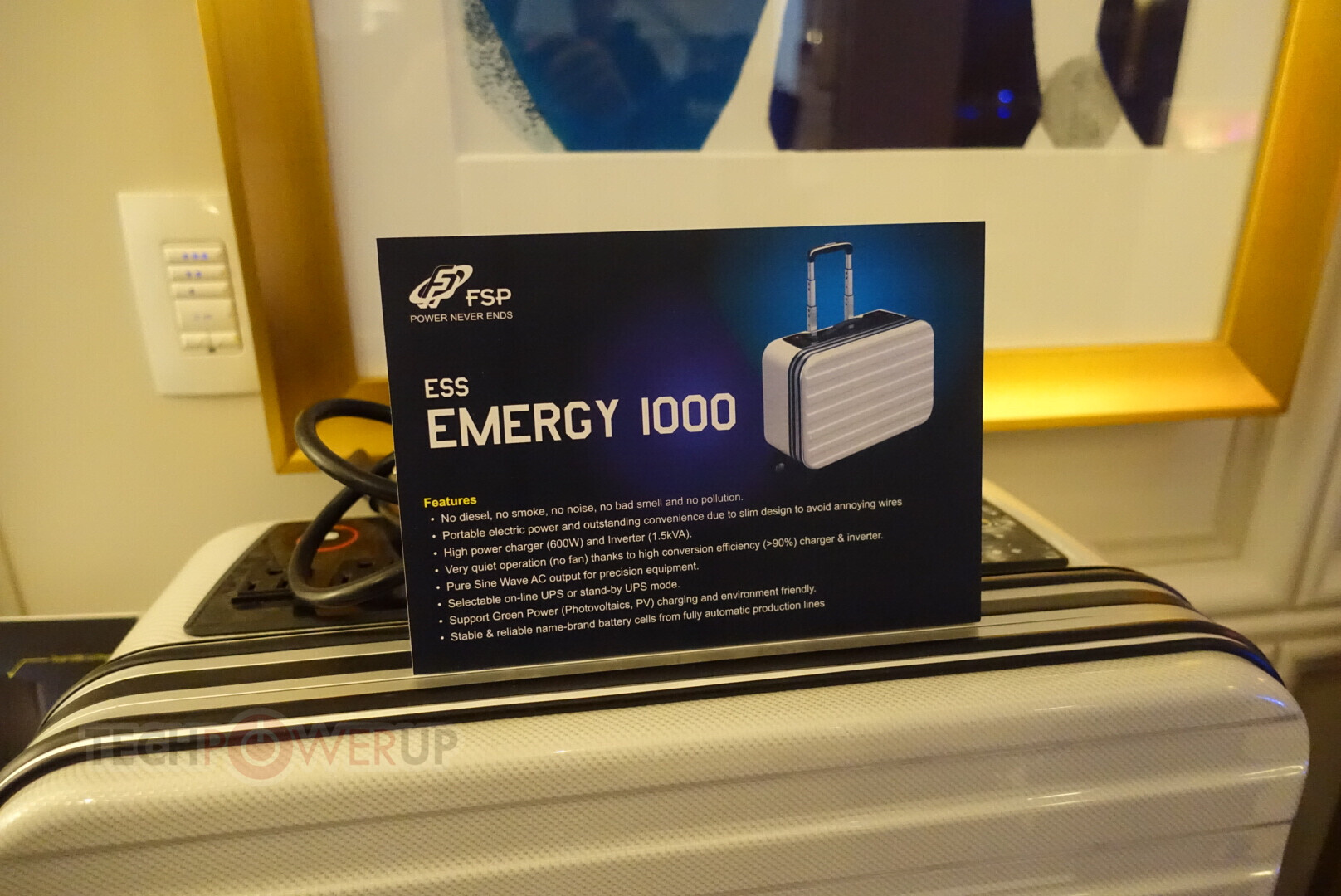 The Emergy 1000 has a very quiet operation, due in part to the lack of fans, also thanks to the high conversion efficiency (which is over 90%) charger and inverter. The charger is a high power charger offering up to 600-watts, and the inverter can offer up to 1.5 kVA. This UPS utilizes Pure Sine Wave AC output for precision equipment and offers a selectable on-line UPS or standby UPS mode.

These are just some of the products that FSP has announced and shown off at CES 2020. The Pure 12V PSU and Emery 1000 UPS look amazing, but no pricing has released from FSP.