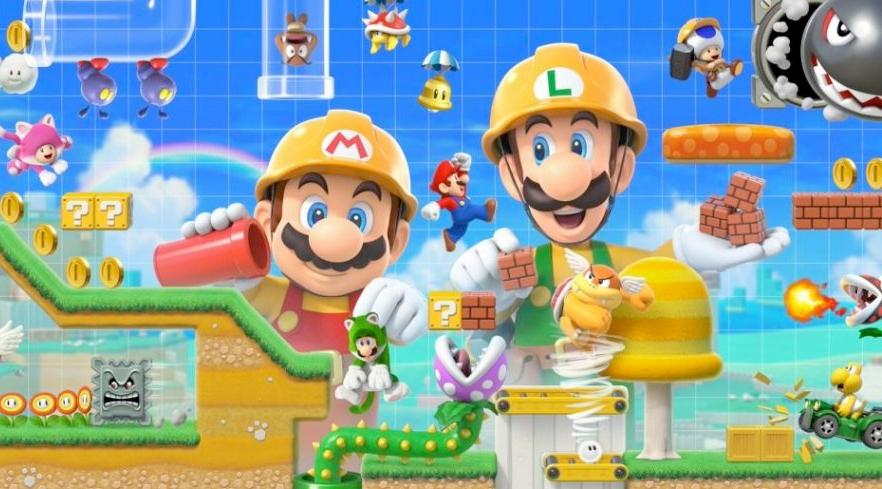 The new patch will be the game’s final major update and will add the all-new World Maker Mode in which players multiple player-created courses can be tied together on a path on a world map from a starting point to the end castle. In addition, the World Maker Mode allows players to customize the look of the world map. Up to 8 worlds containing a total of up to 40 courses can be combined, creating a shareable mini Super Mario game.

Also arriving through tomorrow’s major update are The Koopalings. All of the seven leaders of the Koopa Troop will be added can be added to courses, each with their own movement pattern.

“Other power-ups being added to the game are the Power Balloon first introduced in Super Mario World, the Super Acorn from New Super Mario Bros. U and the Boomerang Flower, as well as wearables like the Cannon Box and Propeller Box”, Nintendo writes.

Super Mario Maker 2 is available globally now for the Nintendo Switch.  Our very own Dave Aubrey reviewed the game and gave it a well-deserved 9.5.

But one aspect I haven't mentioned yet is the brand new Super Mario 3D World style. This style changes the rules of the game slightly, and as such, you can't simply swap from the other four styles into Super Mario 3D World. This stands alone and gives you a completely new version of a 2D Mario platformer. Yes, it still is 2D, despite 3D being in the name. I suppose the camera pans down a bit to see more of the stages' 3D layout, but the way they play out is similar enough. There are new mechanics, items, powerups and more to use in this mode which make this part of Super Mario Maker 2 feel entirely original. In fact, it's enough to make you believe that Nintendo should make an entirely original 2D platformer from the Super Mario 3D World tileset. Though, we'll likely have plenty of user-made stages for that.