It's fair to say that Super Mario Maker was a revelation to everyone who played it. Whether it was the Wii U original or the 3DS adaptation, Super Mario Maker finally allowed players the freedom to craft the worlds they had in their minds, all while playing more Super Mario levels than they've ever had access to before. You could download all of the romhacks you wanted, but when Super Mario Maker was at its peak, it was unbeatable. And then Miiverse closed down.

Tying the online stage management system to Nintendo's experimental social network probably wasn't a very good idea, frankly, and it only served to highlight how short-sighted Nintendo was regarding the whole thing. The online service worked, but barely. You couldn't use search terms to find stages or narrow them down in any way, and stages which got approval often displayed style over substance, focusing on stage gimmicks instead of actually good Mario gameplay.

But with Super Mario Maker 2, it really feels like Nintendo have set out to solve all of the issues that plagued the original game. That's not to say the original game was a mess by any stretch of the imagination, but there are dozens of tiny, quality of life changes that have been made here that feel like a revelation. And not only that - but actually playing the game is better than ever. So let's begin with the brand new Story Mode.

The Story Mode in Super Mario Maker 2 revolves around Mario trying to rebuild Peach's castle with the help of Toadette and a bunch of Toads. Mario takes on a variety of missions - each one being a unique, original Mario stage - and gets paid for each of them, saving up the coins he earns throughout stages to build new layers to Peach's castle, eventually restoring it to its former glory.

Mario runs around this tiny hub world in 3D, meeting unique characters and earning new missions to complete. The missions are, as you can imagine, the main part here. After all, that's the bit where you're playing a traditional Mario game. The stages serve another function though, and that's to teach the player about the variety of rules and designs they can implement into their own stages.

Each mission feels like a lesson. Not the annoying, tutorial kind, but a lesson in game design. You already have all of the tools you need to create these stages, and the missions give you a unique idea, hook, or gimmick for each. With the new clear conditions, such as collecting coins or defeating enemies before completing a stage, you can force players into a very roundabout way of completing stages, which can transform levels from these linear, traditional Mario stages, to something more akin to a miniature Metroid, seeing you delve into different pipes, hunting for power-ups, enemies, coins, or keys.

These are, without a doubt, the most original and interesting Mario stages I have ever played. It's just inarguable. Somehow, the minor tweaks they've made to Super Mario Maker 2, have allowed the developers to go outside of their comfort zones and create much more original courses than ever before. And best of all, anyone can make those stages, thanks to having access to the exact same tools.

Which brings us neatly onto the Course World. Once you're done with the Story Mode but wish to play more stages, you will, of course, be looking for stages created by other players online. You can jump into the Course World and, finally, things are looking far more organized than ever before. You can browse stages by Hot, Popular, New, and perform a more Detailed search which lets you narrow things down. You can favorite the best stages you come across, download them for the future, and of course edit them yourself. In addition to all of this, each stage lets you see how many people have attempted it, cleared it, and who holds the record for the fastest clear time, giving each stage a speed run challenge. All of this gives stages more replay value, as well as making it easier to actually find the kinds of stages you want.

But that's not all. Yep, Endless Challenge is still here, Network Play has been added for multiplayer stages, there are leaderboards, and you can also unlock costumes for your Mii to wear. That last point isn't especially exciting, honestly. But the points is that thanks to user-generated content, you'll be swimming in Mario stages for years to come. Or, whenever Nintendo shuts down the servers. Thank God it's not tied to Miiverse this time.

And the final aspect of Super Mario Maker 2 is, of course, the ability to make your own stages. I left this for last, as for the most part, you know what to expect. Slopes of varying inclines are in the game, it's far easier to find variations of items or enemies, since you can simply hold the item to find all of the variations, you can easily copy and paste stage sections for speed, and there are loads of items, enemies, and features added to make life easier.

The only thing that isn't easier is, of course, making the stages. Sorry, but you'll need a stylus of some sort. Creating stages with the controller is genuinely awful. Just, not enjoyable, not intuitive, just a frustrating experience. This is not the case with the touch screen, which is perfectly functional but doesn't quite stand up next to the touch screens on the Wii U GamePad or 3DS. This simply means that creating stages on the TV is a miserable experience, but luckily creating stages while curled up on the sofa or whatever is comfortable and functional, if not perfect.

But one aspect I haven't mentioned yet is the brand new Super Mario 3D World style. This style changes the rules of the game slightly, and as such, you can't simply swap from the other four styles into Super Mario 3D World. This stands alone and gives you a completely new version of a 2D Mario platformer. Yes, it still is 2D, despite 3D being in the name. I suppose the camera pans down a bit to see more of the stages' 3D layout, but the way they play out is similar enough. There are new mechanics, items, powerups and more to use in this mode which make this part of Super Mario Maker 2 feel entirely original. In fact, it's enough to make you believe that Nintendo should make an entirely original 2D platformer from the Super Mario 3D World tileset. Though, we'll likely have plenty of user-made stages for that.

That basically covers everything. Super Mario Maker 2 isn't just Super Mario Maker again. Even though it is. It has enough added to it to feel likes its own game entirely, and if you are like me, and prefer playing Mario to making Mario, then the story mode is wonderful. I thought the original game was great but quickly fell off. While here, the story alone is enough to keep me playing, and everything is a wonderful bonus that just keeps giving. 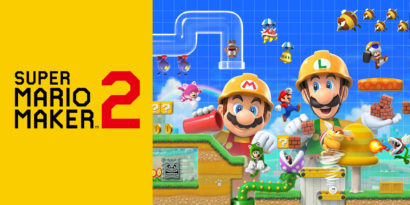 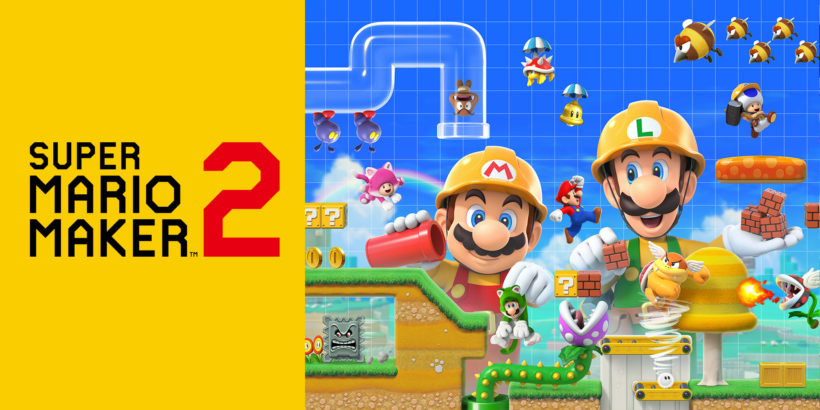