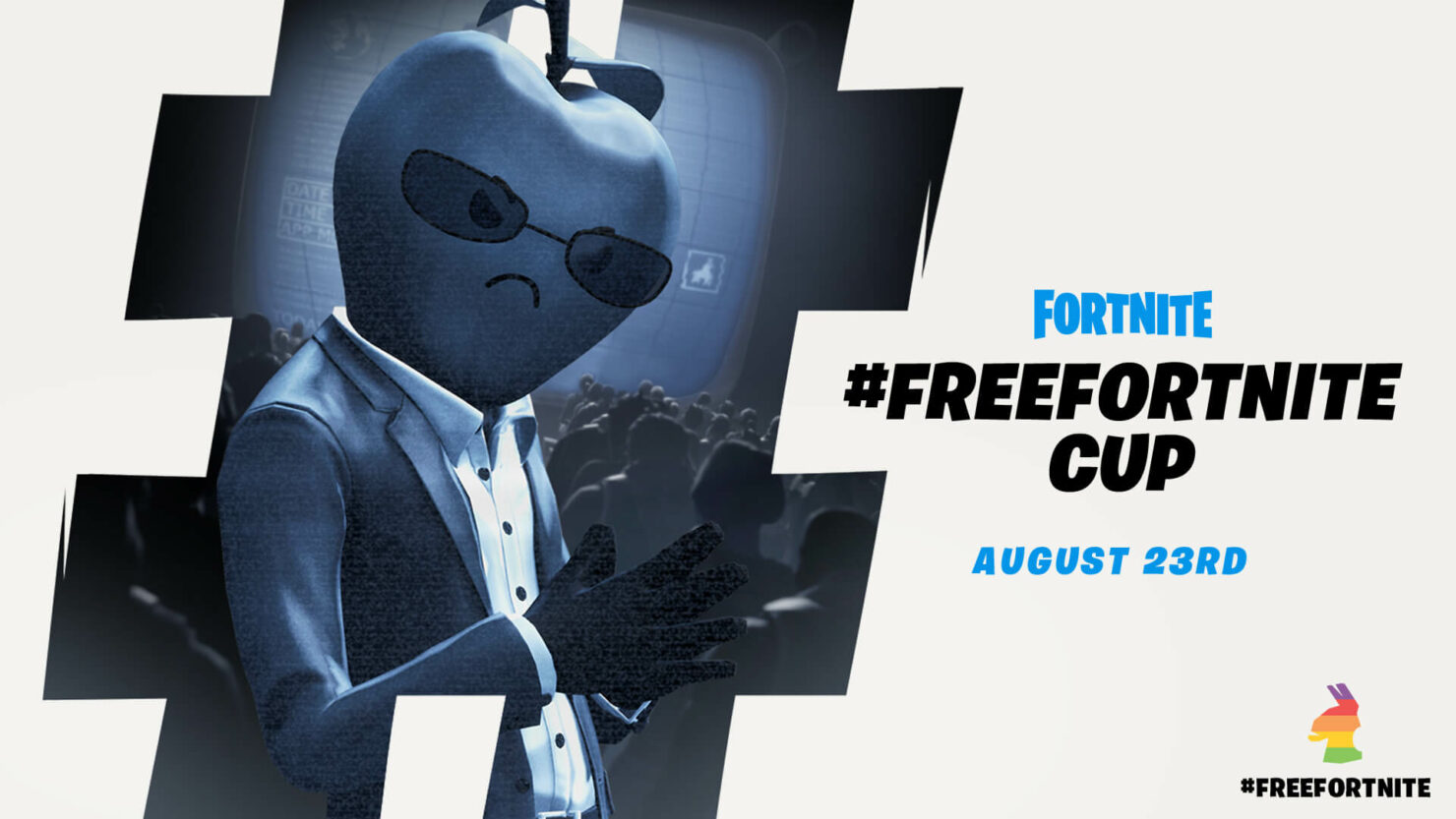 Epic Games announced a 'Free Fortnite Cup' special tournament, due to take place on Sunday, August 23rd across all platforms.

Quite obviously, this is a PR move against Apple, following Epic's lawsuit filed for unlawful monopoly and Apple's decision to not only remove Fortnite from the App Store but also to threaten the termination of all Unreal Engine iOS developer accounts, against which Epic filed a restraining order. Prizes will be suitably anti-Apple, too; read on to learn how the Free Fortnite Cup is going to work and what exactly will be the rewards for the winners.

Navigate to the in-game Compete tab to see when the event starts for your region and during the scheduled time, you can drop in to the tournament by selecting the #FreeFortnite Cup Playlist. For four hours, eligible players have the opportunity to win prizes in the #FreeFortnite Cup. Compete as a Solo player in up to 12 matches. Scoring is as follows:

Participating in the #FreeFortnite Cup on Sunday, August 23 gives you an opportunity to win a ton of sweet prizes. Here’s the rundown...

Additionally, we’re giving away 1,200 pieces of gaming hardware (phones, consoles, and PC’s). Just because you can’t play on iOS doesn’t mean there aren’t other awesome places to play Fortnite. Be one of the top 1,200 apple-eaters globally to win one of these prizes!