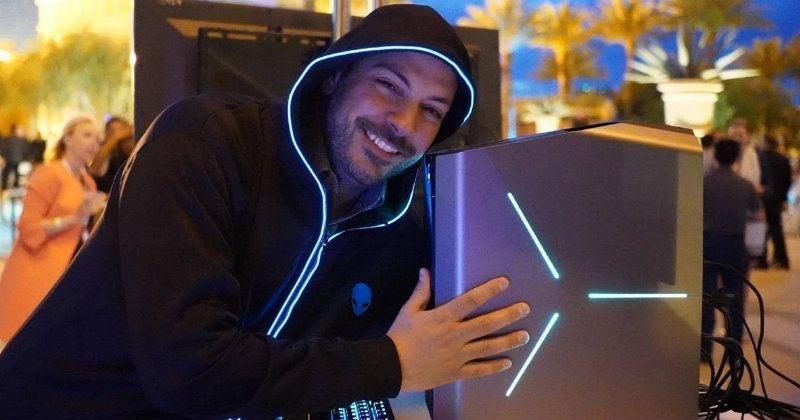 Looks like AMD took a leaf out of Intel's book and went out on a talent hunt of its own, managing to grab Alienware Co-Founder, Vice President and General Manager, Frank Azor. Frank had been with Alienware/Dell for almost 25 years and this is a big score for AMD as the wealth of experience Frank will bring to the table will surely be something the company can make good use of. I have also been informed that Frank Azor will be joining as Chief Gaming Officer.

My source tells me Frank Azor will be reporting to Sandeep Chennakeshu, EVP of Computing and Graphics Business Group at AMD.

Frank is a well-known force in the gaming community and had recently tweeted and posted the following on his alienwarearena page, announcing his departure from Alienware and Dell. While he had talked about the next challenge, he hadn't revealed any details. Now that we know he will be joining AMD as Chief Gaming Officer, we can't wait to see what he will be working on.

As you saw in Ray’s earlier announcement, I’ll be leaving Dell as of July 3 to take on a new challenge.

A little over 21 years ago, I met a couple of lunatics who had an idea they called Alienware. When I met them and learned about the company they were trying to build, I thought to myself, “This would be the coolest job ever.” I was right, but none of us ever dreamed the brand would come this far – which is a result of all of you, your hard work and passion.

So, yes, leaving is hard. But I do so with confidence knowing the talent here is the industry’s best and will take this business even farther.

[Opinion] While I have only been told of his designation and his direct report, we can infer from the title that Frank Azor will be working in a creative capacity and helping grow AMD's gaming initiatives across all segments. Since he's the chief gaming officer, this includes the PC category as well as the semi-custom lineup (aka consoles). It's even possible that AMD is thinking of reviving its side projects (anyone remember AMD Project Quantum?) that it used to show off at almost every major launch but failed to gain traction with the industry. With Frank's contacts, he could be responsible for seeing those through in an industry that will almost certainly return his call. [/Opinion]

Frank has mentioned that he will be leaving Dell on the third of July so we should see the official announcement from AMD sometime after that date. [This is a developing story and may be updated intermittently.]