Sega announced today that ‘Lost Contact’, Alien: Isolation’s fourth add-on pack, is available to download as of today. ‘Lost Contact’ adds a new Salvage Challenge to the game’s Survivor Mode, pitting players against a series of 10 challenges in a new map featuring some of the game’s toughest enemies. 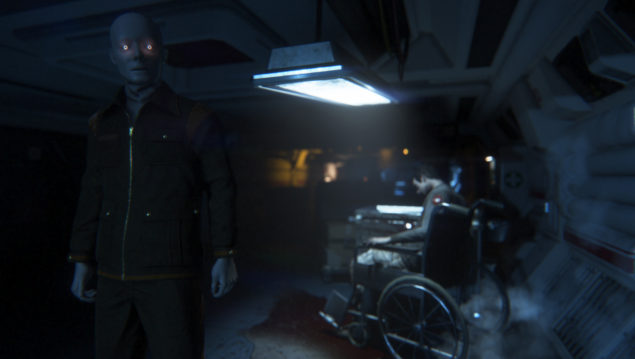 The "most challenging Survivor Challenge yet in Alien: Isolation"

Last week, a classical console error happened where a DLC accidentally showed up in the marketplace, without any press releases from the publisher or developer, which then disappeared again from the marketplace. Now a few days later SEGA pushes out a press release as well as a release date for said DLC, and apparently it's coming out today.

"Stranded in one of the more remote sections of the station, Axel has lost contact with his colleagues and must use his skills and cunning to do what he can to escape. Through a series of ten increasingly challenging tasks, he must navigate the corridors and crawls spaces, crafting items to give him the edge against some of the station’s toughest opponents. "

At the time of writing 'Lost Contact' has appeared on the Xbox-Store, and on Steam , but not yet  on the PlayStation-Store. Obviously Lost Contact is included in Alien: Isolation's Season Pass, so If you've already bought that then you are set. Otherwise the price tag seems to be 7.99$ if bought separately.

‘Lost Contact’ is the fourth add-on pack for Alien: Isolation’s Survivor Mode, and adds the second Survivor Challenge map to the game. With only one life to play with, each challenge accepted brings a new objective and enemy type where one wrong move can, quite literally, be your last. Completing challenges unlocks rewards and points, giving access to new items to collect and craft. Should players score enough points, they can be traded for a save slot at the expense of their final score and position on Alien: Isolation’s leaderboards.

Alien: Isolation was both a hit and miss when it came out in all honesty, it had a good story, good tensions both scripted and unscripted due to the nature of the Xenomorph's AI, great gameplay but the game could have been more, then again you can actually say that about almost any game. The salvage mode that got added in the previous DLC made some slight improvements to gameplay albeit separate gameplay from the main story, then again some more narrative focused DLC for Alien: Isolation would be extremely nice.