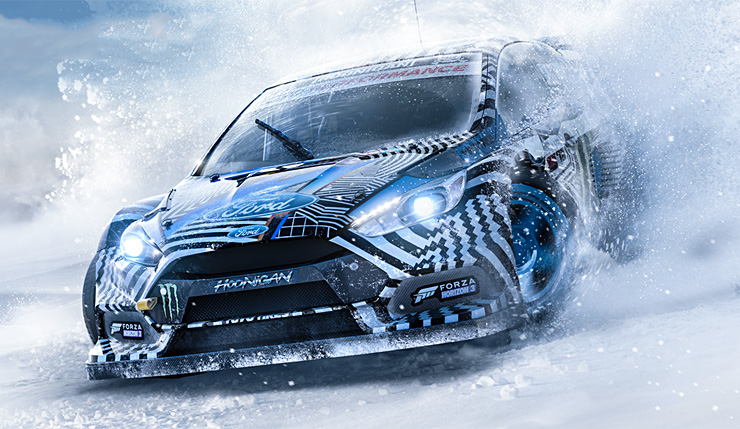 Earlier this year, it emerged that Playground Games, the studio behind the acclaimed Forza Horizon series, was working on a new non-racing open-world game. Now a new report from GameIndustry.biz has shed some additional light on the project, and it sounds pretty exciting.

Apparently, Playground’s next game will be an open-world RPG, and the studio is assembling some major talent to bring it to life. Recent hires include former Kojima Productions dev Sean Eyestone, Grand Theft Auto V level and quest designer Will Kennedy, and Hellblade: Senua’s Sacrifice senior designer Juan Fernandez di Simon. Quite the murderer’s row of talent!

Playground has reportedly secured 17,365 square feet of new office space in their hometown of Leamington Spa, England. Going forward, Playground Games will consist of two studios -- one working on their new RPG project, and the other (presumably) continuing to make Forza Horizon sequels. The new RPG studio is expected to be home to around 200 employees, doubling Playground’s staff to 400. Playground CEO Gavin Raeburn had this to say about the big changes afoot at the studio:

"We're delighted that we've secured a second studio to house our new team. This is a hugely exciting project that is already attracting world-class talent to Playground. The combination of new blood and experienced Playground team members is already showing huge promise and I'm excited to see this talented group contribute to Playground's continued success."

Recently Xbox boss Phil Spencer indicated Microsoft is looking to invest in first-party development again, and expanding Playground Games seems a smart way to do that. Growing a healthy studio you already have is less risky than founding an all-new one. Hopefully we see more of this sort of thing in the future.

Excited for Playground Games’ RPG? What other types of new projects would you like to see from Microsoft’s reinvigorated first-party developers?