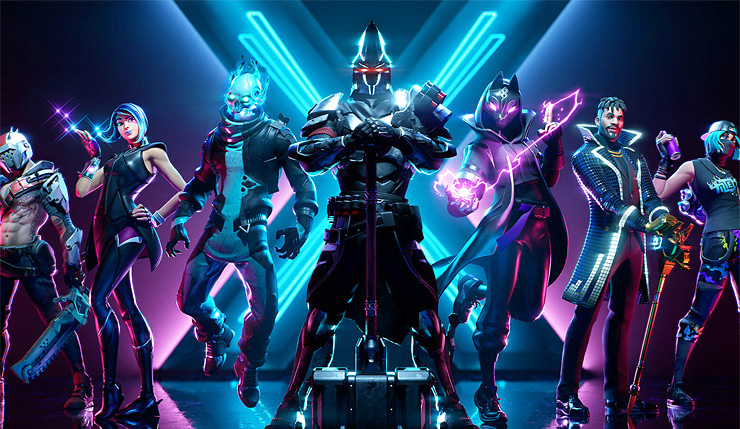 Fortnite Season 10 (or Season X as Epic is calling it) is here, and it looks like an interesting mix of old and new. On the one hand, rift zones have spread across the island, reintroducing some classic locations with new twists, on the other hand, you can now pilot a giant, house-crushing, two-player mech with a buddy! You can check out a quick story trailer for Fortnite Season 10, below.

And here’s an overview trailer with a look at some Season 10 gameplay:

Time is twisted and the Zero Point has become volatile in Season X. Whether you’re nostalgic for the past or excited for the future, there will be plenty for you to discover all Season long. Locations once thought to be lost have begun to appear on the island, but they aren’t the same as they once were

Board the Battle Bus and drop in, but keep an eye to the skies to spot the new Season X mech vehicle, the B.R.U.T.E. Crashing on the island as the Battle Bus takes off, these merciless mechs seat two players and works best with a partner, so grab a squadmate, hop in, load up, and roll out.

Of course, Season 10 comes with the standard Battle Pass, which includes 100 rewards, with the cool-looking Ultima Knight Outfit for those who grind through every tier. This season, the Battle Pass is also getting Missions, which reward you with extra goodies if you complete a series of themed challenges. As usual, the Season 10 Battle Pass will cost 950 V-bucks (around $10) and until August 15, you can give a Battle Pass to a friend as a gift.

And that’s not all! As always, Season 10 comes with a big patch. I’m not going to run down everything included, but it includes new camera modes, a weapons-free zone, and the usual array of but fixes and tweaks. You can get the full patch notes, right here.

Fortnite is available on PC, Xbox One, PS4, Nintendo Switch, and mobile platforms. You can jump into Season 10 right now.