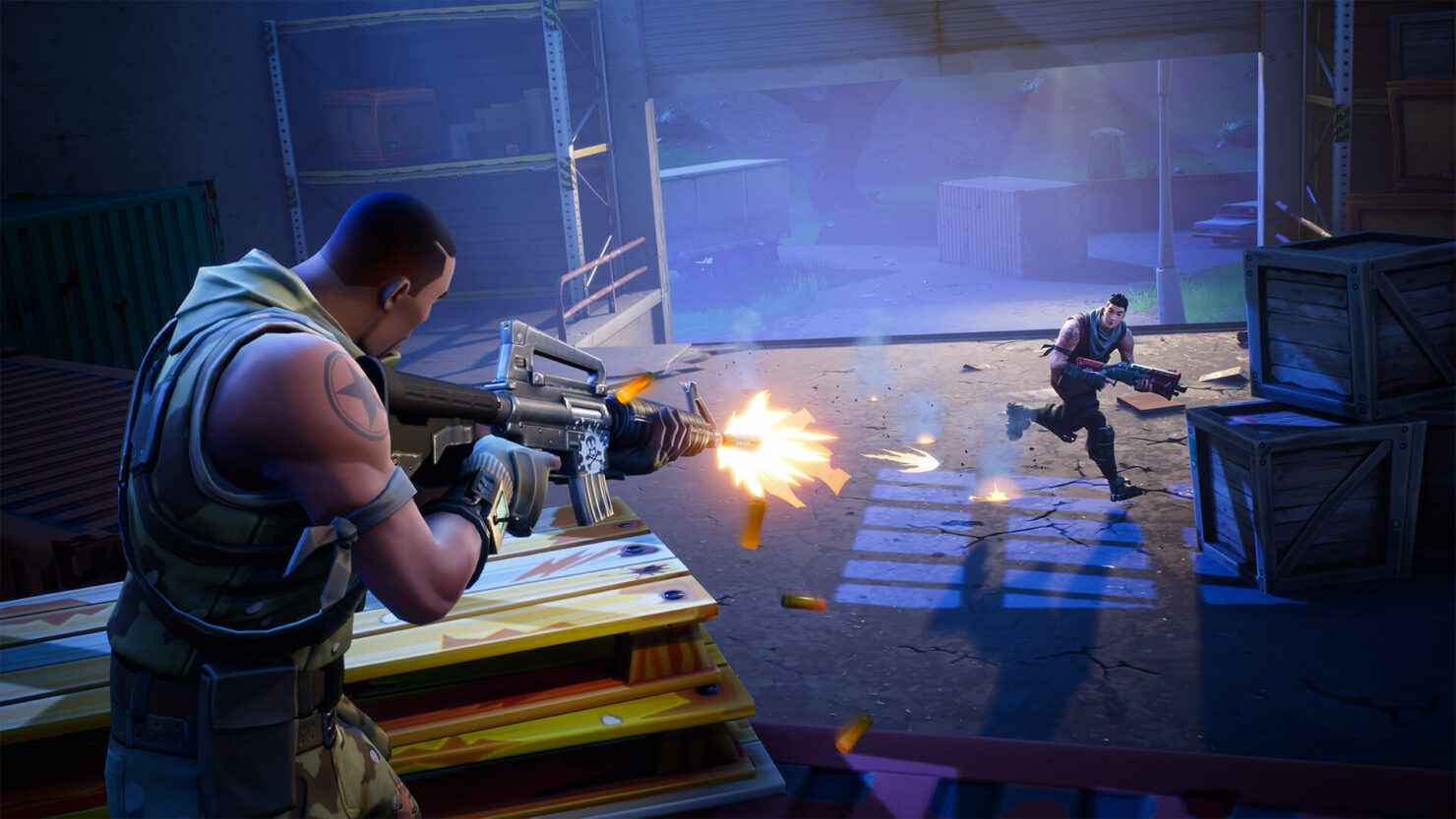 Epic Games will be releasing a Fortnite 60FPS update for Xbox One and PS4 consoles later this month.

The update will add an additional 60FPS mode on Xbox One X, Xbox One, PlayStation 4, and PlayStation 4 Pro. According to Epic, this mode “is tuned for each console to maximize frame rate while minimizing loss of visual quality”.

While not necessarily arriving later this month, other upcoming changes to the game include matchmaking improvements, more optimizations, additional customization options, and more. We’ve included some of the upcoming changes down below:

When you play some Battle Royale, we want the time from when you’re in the lobby to when you’re in the action to be as short as possible. We’re continuing to work on load time improvements to help with that. You want a smoother in-game experience, and we agree!

We are testing and bug fixing  improvements that will deliver better level streaming with less hitches. We’re getting close to being able to test a significant optimization to our networking code that should get us closer to running the server at a solid 20 Hz even in the beginning of the match.

Later this month we plan to add an optional 60 FPS mode for Battle Royale on consoles (PS4, PS4 Pro, Xbox One, Xbox One X). This 60 FPS mode is tuned for each console to maximize frame rate while minimizing loss of visual quality.

We are working on changes to matchmaking that are aimed at creating matches with a more balanced distribution of skill.

The Art team has been having a blast coming up with cool ideas for cosmetics in Fortnite Battle Royale. Since the holiday event we’ve enjoyed seeing the community embrace outfits like the Fort Knights and Disco Heroes.That trend towards more adventurous items will continue.

Gliders deserve love too and we’ve begun work on a pipeline that allows us to add new model parts and materials to create more unique Gliders. Here is an example that might pop into the store in the near future!

Additionally, we are working on new Outfits that change more of the model, similar to how we created Raptor!

We want to hear from you! We love your ideas, and thanks to reddit user /u/Pandanapper the Llama Unicorn Pickaxe for the Brite Bomber has come to life!

How about making the things you already own even better? We’re looking at previously released cosmetic items and finding ways to juice them up! One example is adding new visual effects to the Party Animal Pickaxe (now with splashing animations).

Next week we’ll be putting our first weapon (SMG) into the Vault. These weapons may or may not return and this allows us to manage the weapon pool as we introduce newer weapons.

You have also helped to surface quality of life fixes, and here are some on the short list right now are:

We’ve been working on making that swap between your weapon bar and your build bar feel more crisp. Making it easier to swap between build pieces when you have moderate ping and

We’ve been hammering away at Limited Time Modes! Getting you multiple playlists (solo, duo and squads) during LTMs is at the top of the priority stack. We’ve been using multiple data points (including your feedback) to iterate our existing LTM’s and to build brand new LTM’s. We are planning to quickly spin up a dozen or so LTMs, some of these may be more straightforward (e.g. along the lines of Sniper Shootout, Sneaky Silencer etc.). We also use LTMs to test new Shooting Models.

Above/below footsteps have been implemented, meaning that different audio assets will play depending on another player’s position relative to you. These assets have been filtered based on real-world data to sound like they’re on the floor above you versus the floor below you.

Audio for placing structures has been redesigned to put more emphasis on the “placement” of structures. So if a player is rapidly approaching you and building ramps up to your tower, you’ll hear a steady “chunk, chunk, chunk” as they place the structures, extending to about the range of sprinting footsteps. We’ll be closely monitoring how this affects building, both in offensive and defensive situations.

Fortnite is available now for PC and consoles. The Battle Royale part of the game is Free-to-Play, while the PvE component is still in paid early access, though expected to go F2P later this year.