Former Naughty Dog Employee Claims He Was Sexually Harassed; Naughty Dog Says That No Evidence of Received Allegations Has Been Found 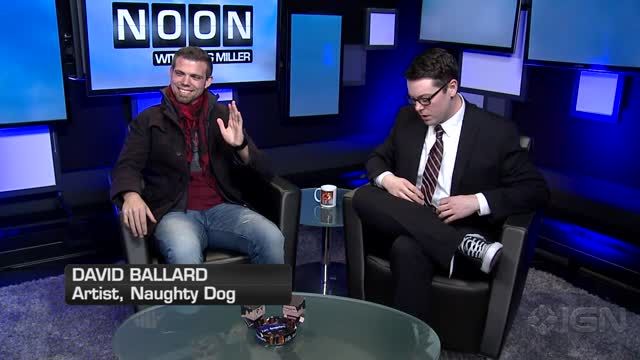 David Ballard, a former Naughty Dog environment artist and level layout artist on the Uncharted series and The Last of Us, claims to have been sexually harassed at the studio.

Ballard took to Twitter to claim that he was harassed by a “lead” at the studio in late 2015.
His working environment became extremely toxic afterward. Following a mental breakdown in February 2016, the former Naughty Dog employee claims that when he told Sony about the harassment, he was fired the very next day. He claims to have been offered $20.000 if he signed a document agreeing to his job as well as to keep his mouth shut about the events. Ballard declined to sign the document but was ashamed to tell people about his departure from Naughty Dog due to the nature of his leave. Down below you’ll find Ballard’s official message from Twitter:

In late 2015, I was sexually harassed at Naughty Dog by a lead. My work environment became extremely toxic afterward. In February 2016 I had a mental breakdown at work & Sony Playstation HR became involved. When I told them about the harassment they ended the call and fired me the next day. They cited the company was moving in a different direction and my job was no longer needed.

They tried to silence me by offering $20,000 if I signed a letter agreeing to the termination as well as to not discuss it with anyone. I declined to sign. I have been unemployed for 17 months since. When interviewers ask why I left Naughty Dog, I say I was burned out by the crunch, ashamed to get to the root of the problem of being sexually harassed.

I’m speaking out now because of the strength I’ve seen in others coming forward about their experiences in the TV/Film industry. This is the hardest thing I’ve ever done. I will not let anyone kill my drive or love for the video game industry, my passions or life.

Ballard’s message went viral on social media, and Naughty Dog has now commented on the allegations stating that no evidence has been found of having received allegations from Ballard that he was harassed in any way. You’ll find Naughty Dog’s full message below:

How do you feel about these allegations? Hit the comments below.