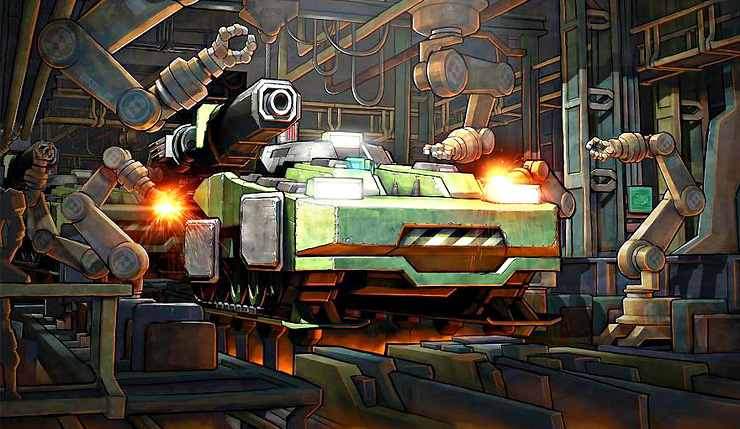 Itching for some good old-fashioned real-time strategy fun? Well, you’re in luck, as Team17 and Petroglyph Games have just announced the promising new RTS title, Forged Battalion. Petroglyph was founded by core members of the original Command & Conquer team and has created various well-regarded strategy titles like Star Wars: Empire at War and Grey Goo, so Forged Battalion is definitely one for RTS fans to keep a close eye on.

Forged Battalion looks a lot like Command & Conquer, but sets itself apart by allowing players to craft their own faction from the ground up. No more having to choose from the three or four factions provided – forge your own path! Here’s Team17’s official Forged Battalion description:

Immerse yourself in a story driven single player campaign as you forge your army to stop a sinister military force and unite the world. As a Forged Battalion Commander, you’ll find yourself at the end of the 21st century, the effects of climate change have devastated the world and a military force called “The Collective” has spread across the globe. As part of the resistance group against this aggressive enemy, it’s time for you to join the fight!

Manage, customize, and develop the blueprints of your emerging faction to create ever-evolving factories and units. Using resources gained in battle, you’ll unlock new options through the metagame tech tree allowing you to choose the archetype, armor, locomotor, weapons, and special abilities such as stealth and regeneration that will make your faction one of a kind. As more technology is unlocked, your designs become more advanced and ultimately, you will have access to the most powerful options, including an array of deadly superweapons to launch against your foes.

Forged Battalion will hit Steam Early Access in early 2018, where it’s expected to stay for about six months. What are your thoughts? Ready for a new clickfest?