For Honor’s Next Hero is the Intimidating Feral Viking Warrior, Hulda 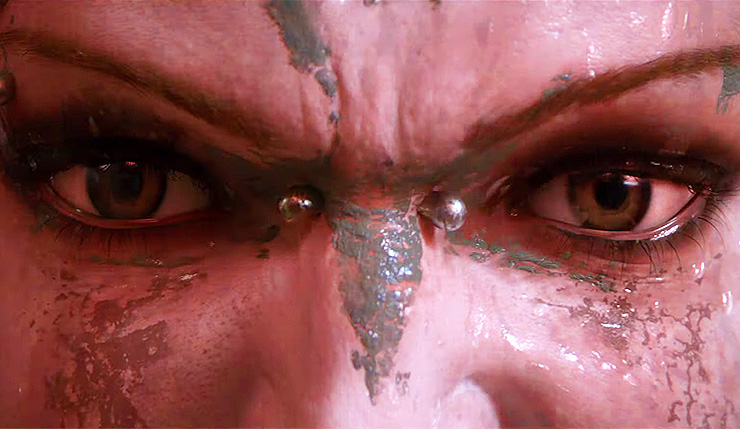 For Honor is kicking off Season 3 of its third year of content next month, and, as usual, the update will come with an all-new Hero! Hulda the Jormungandr warrior is certainly an intimidating new presence -- I don’t think any other For Honor Hero has got quite such a dramatic introduction. You can catch a quick glimpse of Hulda, below.

Here’s how Ubisoft describes Hulda (the male version of the character will known as Gretar):

The Jormungandr are Viking sectarians who wear their devotion to the Great Serpent, after whom they are named on their scarred bodies. Led by Hulda or Gretar, the female and male version of the New Hero, the Jormungandr aims to crush the weak before Ragnarok comes, as they believe only the most worthy must remain for the Great Battle. Wielding their mighty War Hamarr during fights, they cull their opponents with their powerful attacks.

Not a lot of info yet on how the Jormungandr will play, but I think we can safely assume they’re going to be doing a lot of smashing with their big hammers. I’m definitely interested in seeing more of Hulda, and we’ll get that opportunity later this week. Ubisoft will be holding a Warrior’s Den livestream on Thursday (July 25), where they’ll be showing off the new Hero and all the Year 3, Season 3 content, which includes a new Breach map and the usual balance tweaks.

Hulda will be available to For Honor Year 3 Pass holders on August 1. Everybody else can purchase the fighter on August 8 for 15,000 Steel. The Year 3 Pass will you back $30, and will include one more updates following Season 3.

For Honor is available now on PC, Xbox One, and PS4. Anybody still playing Ubisoft’s brawler? Are you excited to get your hands on the new Hero?