Fluster Cluck is a Game About Turning Everything to Chicken, Probably Game of the Decade

Do you fellows remember Fluster Cluck? You would think it would be some mobile or tablet game but you would be wrong. Its actually a game about turning anything and everything into chickens so that two low level employees can work their way up to middle management, Its coming to the PS4 and supports local 4 player coop. 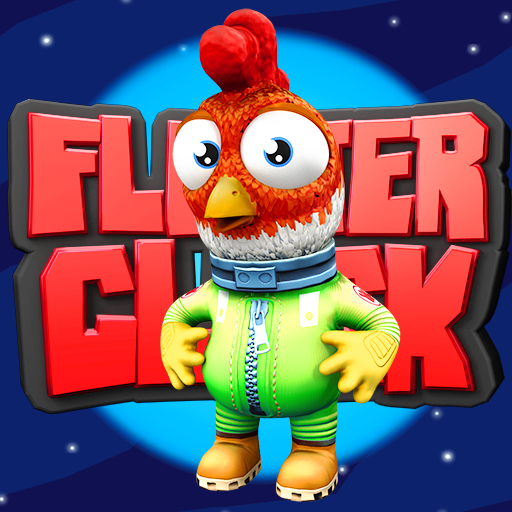 Fluster Cluck is a game unlike any other from a mysterious developer, coming from Sony DADC (Digital Audio Disc Corporation) the game is also developer in collaboration with Sony Pictures Loot. The game is an intriguing little project that will surely tickle your funny bone with the amazing graphics, unique concept and other appeals of the game. While this may not be a megaton title it is still definitely a title to watch out for, who doesn't want to be running around like a bunch of headless chickens turning animate and inanimate objects into poultry?

Fluster Cluck may not be the game you have been waiting for but at least its unique.

Still confused about the story? Here is the full story courtesy of Ad-Hoc News (Denmark):

Players come to the aid of two lowly Chikkin Koop employees, Pimento and Cornichon, to help them "chikkinize" everything in sight in hopes of realizing their dream of being promoted to middle-management. The fast-paced time-trial, action shooter game features single and multi-player modes that have players gathering resources by abducting cows, camels, zombies, and battling enemies as they strive to unlock new equipment and climb the corporate ladder.

and here are some features of the game:

"Since the dawn of videogames, memorable adventures are those that feature high degrees of competition and challenge. Fluster Cluck is one of those games," said David Sterling, Managing Director, LOOT Entertainment. "In addition to an engaging single player campaign, Fluster Cluck also features a riotous local multiplayer mode for up to four players which will have gamers smacking the 'cluck' out of each other, both on screen and off."

Here are some screenshots and concept shots of the game:

While they have yet to address whether the game will be paid or free to play, I can speculate that the game will easily be cheaper than most games available on the PlayStation Store since both developers (DADC and Loot Entertainment) are mobile centered developed meaning they are adjusted to a different app environment so they will hopefully decided a justified price model for the game that is sure to satisfy the masses. Even though the game might look childish and simple I still say it is a good way to kill time with the family.

What do you guys think? Could this be Sony's way of softening the blow for when Sony lays down the "Agent and Last Guardian are no longer in development" news on us at this years E3? You can follow the games progress on the Facebook page by going Here.