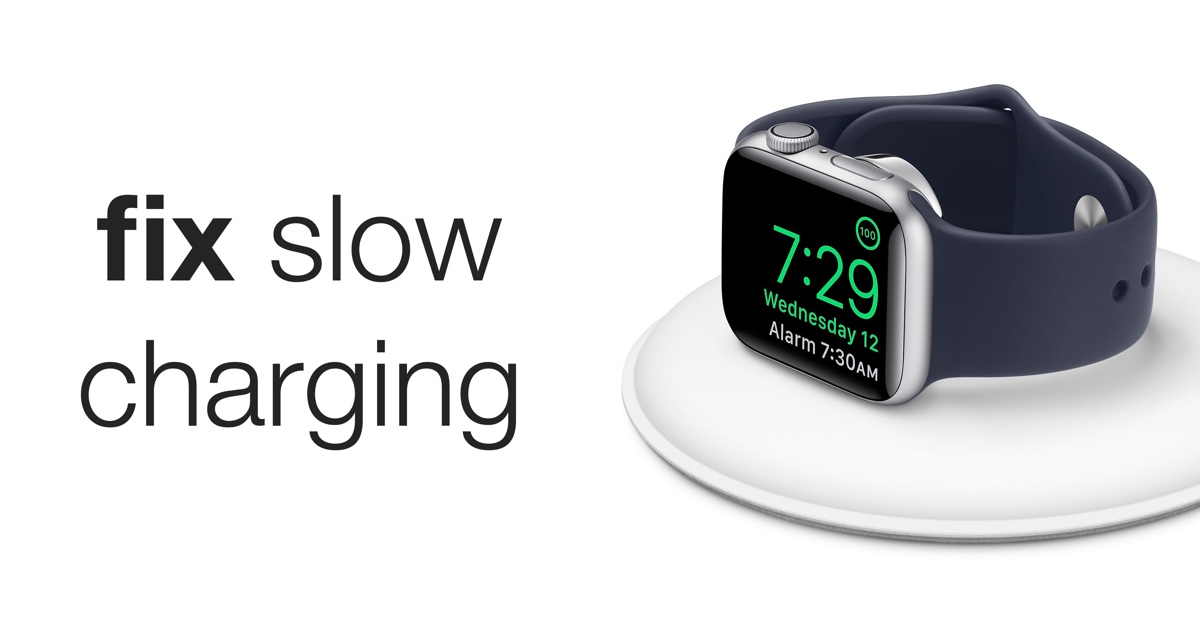 Here's a complete tutorial on how to fix the slow charging issue on Apple Watch Series 4, Series 3, Series 2 or even the Series 1.

So, here you are. You just bought yourself a brand new Apple Watch, set it up, got a low battery warning and then discovered how painfully slow it's charging up using the provided magnetic cable.

Now, there are a few reasons why the charging might be slow. For once, the first charge takes a toll on speed as stuff is syncing from your iPhone to the Apple Watch. But even after the syncing of data is complete, and you still end up seeing painfully slow charge times, then there's one thing you can try to get things back to normal.

Plug your Apple Watch to its magnetic charger and now everything should charge up normally. Also, please make sure that you are using the 5W charger that came with your Apple Watch in order to ensure an optimum charging experience.

If you are still experiencing extremely slow juice up time, then it's best to take the Apple Watch back to Apple itself in order to get things right. But given how a hard reset has already helped out tons of people in fixing the issue, then it is safe to assume that it will help you out as well.

If you're an iPhone user and want to keep your battery in top-notch health, then be sure to check out the following: