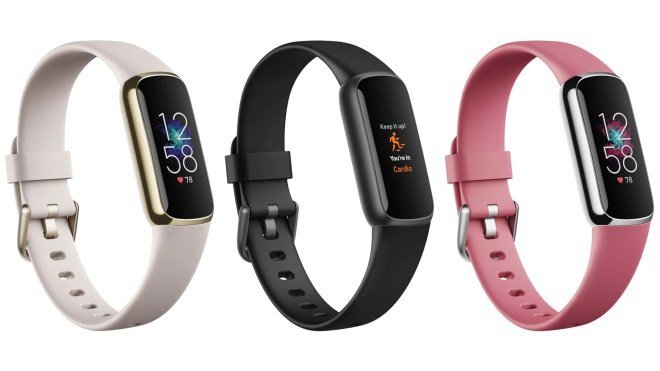 According to a new report, Fitbit is planning on unveiling a new fitness tracker called the Fitbit Luxe. The company has also reportedly called it their 'most elegant' fitness tracker to date, and looking at the leaked renders, I can understand why that name is given.

We have a few renders from a reliable source, WinFuture, and these renders show the tracker in various colors like black, white, and pink. In addition to that, the fitness tracker also has a small OLED display, and the thing that makes the Fitbit Luxe so elegant is that it actually is housed in a stainless steel case, something we have not seen in the past as far as Fitbit trackers are concerned.

The Fitbit Luxe Looks Like a Fitness Tracker I Would Buy

In addition to that, the straps on the Fitbit Luxe are comprised of the classic buckle clasp, and according to the leak, users will be able to switch them out with replacements, as well.

Sadly, the source could not get their hands on any specifications for the Fitbit Luxe. However, they have talked about how they might be similar to Fitbit Ace 3 in terms of specifications. The leak also reveals that the Luxe is going to ship with a heart rate monitor, sleep tracking, and stress tracking. Additionally, you will also have access to a slew of activity tracking.

The Fitbit Luxe is also said to come with vibration alerts when you have reached a desire heart-rate zone while you are working out. You are also getting GPS, but it will be a connected module instead of a built-in feature, which means that you will be relying on your smartphone to map your walks properly, runs, or cycling routines.

Finally, the Fitbit Luxe is also said to come with official waterproof certification for activities that involve swimming. Sadly, there is no information on pricing and availability at the moment, but we will keep you posted as there is more information arriving.