Fist of the Northstar Launches on February 22nd, 2018 in Japan 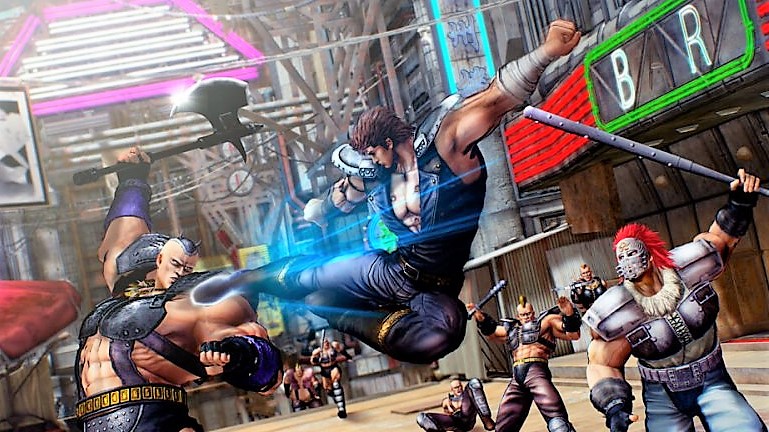 SEGA of Japan announced that Fist of the Northstar (Hokuto ga Gotoku in Japan) for PlayStation 4 will be released on February 22nd, 2018, in Japan. The new game dedicated to Ken the Warrior developed by the authors of Yakuza will be exclusively available on the platform of Sony.

For the occasion, the publisher has released a new game trailer, which you can find at the bottom of the news. At the moment, SEGA has not confirmed Fist of the Northstar's arrival to the West, but in recent weeks the company has launched a survey to test the interest of European and American players for a potential localization of the game.

Recently, SEGA has updated the official site with new artwork dedicated to some of the characters that will leap into the adventure. We also see Raoh, Rihaku, Taruga, and Lira, who will play fundamental roles in the game.

Check out the details below.

The Conqueror of Century’s End and “King of Fists,” he is the oldest of the four Hokuto siblings. He uses the Hokuto Shin Ken martial arts style for his own military rule and tries to bring unity to the troubled times through violence.

One of the few doctors in town at Eden’s medical institution. Knowing much about Kenpo and the state of things outside Eden, he is a man of extensive knowledge who doesn’t seem to be merely a doctor.

No. 2 of the Kyouou Army, just below Kyouou himself. Contrary to his light voice, he has a cruel and inhuman personality. He uses a pistol, which is of value in this age and has mastered a taijutsu that the average swordsman stands no chance against.

A voluptuous woman who runs the nightlife of Eden, from nightclubs to Colosseum battle betting, and so on. She is strong-minded, intelligent, and has calm judgment. She is also very popular among the women in the city. She also has the full confidence of Eden’s ruler, Kisana.