The first "independent" benchmarks of NVIDIA's RTX technology are here. They aren't much right now, but there is enough basic functionality here to begin validating some of the claims NVIDIA made. DirectX recently rolled out a few workable demos with basic raytracing enabled via the DXR functionality of Direct3D 12. With the Windows 1809 update - they are now compiling - and we did just that and ran some initial benchmarks to see how the RTX family performs.

Let's start with the bread and butter of any benchmark first: the system specifications. The tests were conducted on a system running an i5 8600k at 5GHz with an EVGA Z370 Classified K motherboard. 16GB of Geil EVO X DDR4 3200 was being used and of course the NVIDIA GeForce RTX Founders Editions.

Before we begin it is very important to note a few points. First of all, these are very, very preliminary benchmarks. They are pretty boring and visually uninteresting - but they do constitute a valid data point to finally legitimize (or debunk) NVIDIA's claims regarding Turing. The company had been claiming some pretty high numbers (such as a 6x or 600% speed up over Pascal) and we finally have the capability to test this. 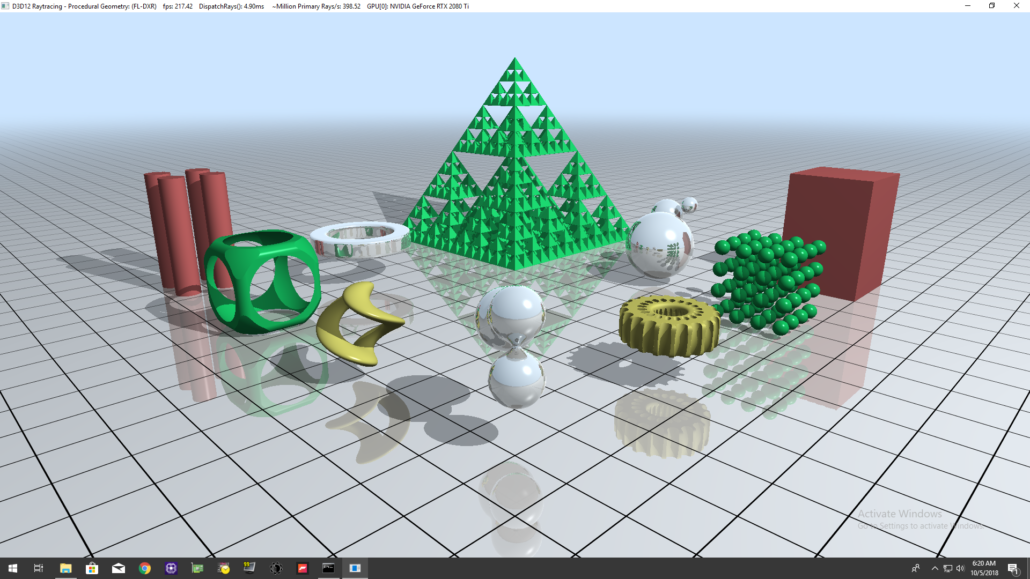 Secondly, we will be following this up with many more benchmarks as soon as we run through them. Thirdly, while NVIDIA's old graphics work fine right now, DXR for some reason isn't functional on VEGA - probably due to no driver support. We will update the benches as soon as that happens. So, without any further ado, here are the benchmarks (why did I choose yellow and orange for NVIDIA? because I can, that's why): 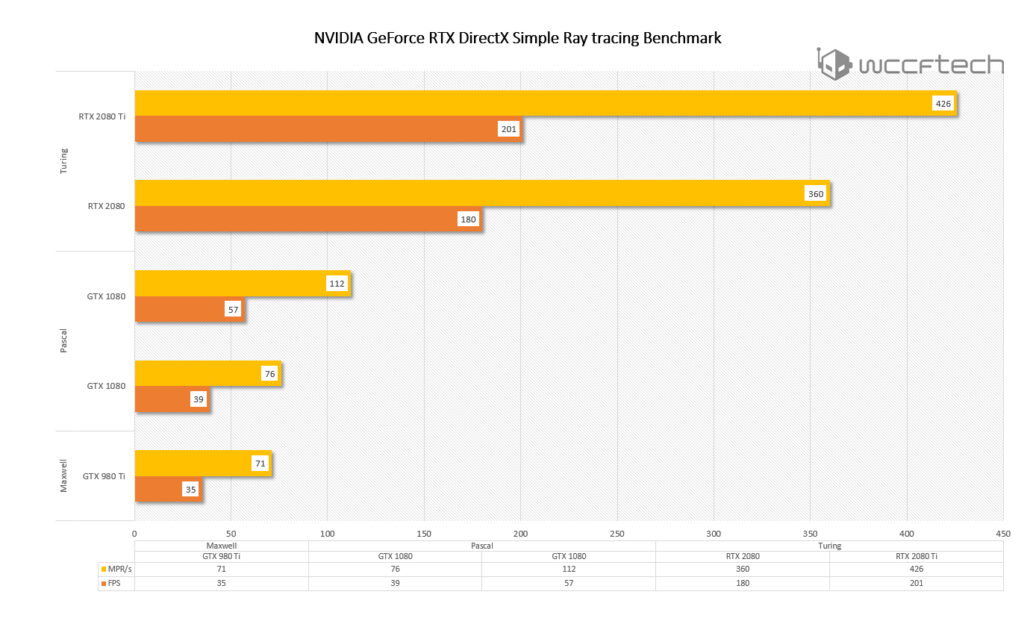 We can quickly see that there is a massive difference between the Maxwell and Pascal generations - which are pretty similar - and the Turing generation. There is a structural difference in the data and it clearly shows. While the GTX 1080 Ti only manages a measly 57 frames per second, the RTX 2080 Ti scores 201 fps at 1080p. Similarly, the GTX 1080 clocks in at 39 fps while the RTX 2080 can output a solid 180 fps. Now keep in mind this isn't ray tracing count - just the FPS count which does depend on other factors as well. 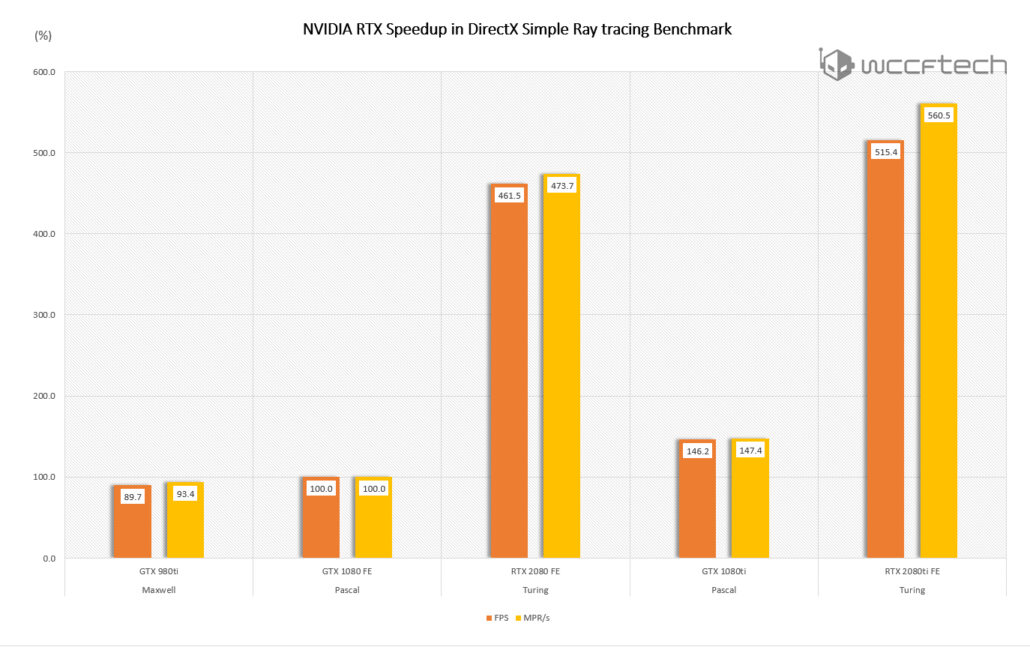 We took the GTX 1080 FE as the base and according to the benchmark's inbuilt ray counter, the RTX 2080 Ti FE outputs a massive 560% ray tracing performance differential over the GTX 1080 in this particular scene (the number of rays per scene change depending on how dense it is - I will explain more in a followup article - and what we are really testing here is the speedup).

In comparison, the RTX 2080 offers a 470% performance differential over the GTX 1080. To put this into perspective, the difference between Maxwell and Pascal is only worth single digits. This benchmark might not be very interesting, but it finally offers the first independent data point into validating their claims.