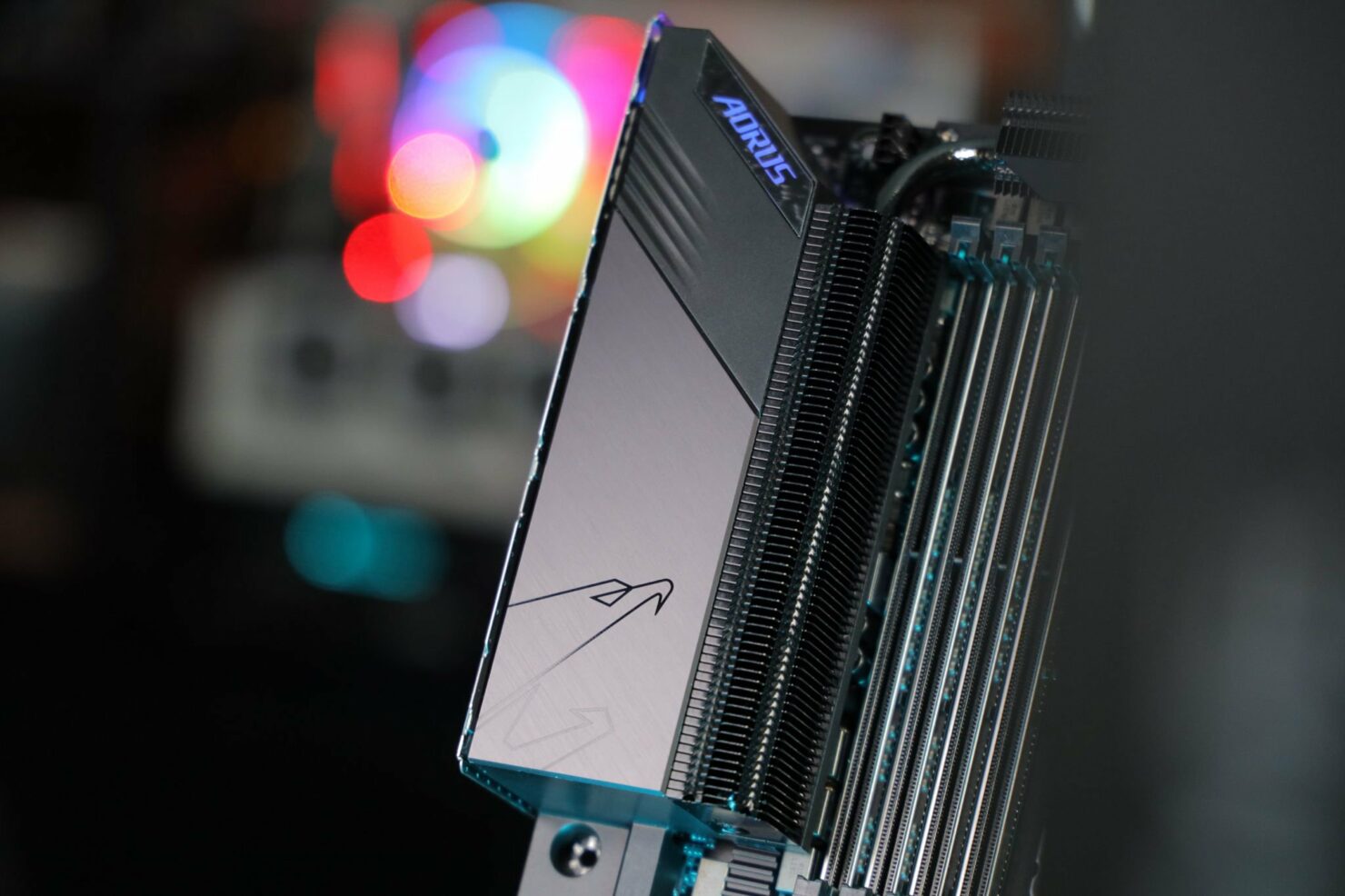 Another day, another leak (PTT via Videocardz); this time the first picture of AMD's upcoming TRX40 motherboards - or more accurately - that of their box. The packaging art of the upcoming AORUS TRX40 Xtreme motherboard has leaked out and along with it, the name of the socket: sTRX4 (in comparison, the old socket was called TR4). This is pretty significant news, because it would initiate a purchase cycle for motherboard manufacturers from scratch considering AMD motherboards usually retain backward compatibility for a few generations.

While we have known about AMD's upcoming TRX40 motherboards for quite some time now and AORUS has been posting teaser after teaser, this is the first time that the socket and platform have been unofficially confirmed through a boxart leak. The socket naming is new information since the marketing name is never confirmed till leaks like this start to happen.

The AMD Ryzen Threadripper 3000 series family is internally known as “Castle Peak” and is stated to bring dominant leadership in the HEDT market. The family will prove to be a new benchmark in performance and overall efficiency while new platform features will be introduced on the new and enhanced TR4 socketed motherboards to take them to the next level. AMD has also announced that the initial SKUs would include a 24 core and 48 thread chip as the top variant with more chips to follow later on.

AMD's Threadripper 3000 platform will feature up to 64 cores, be based on the 7nm process from TSMC and will have a brand new architecture. We are expecting significant performance increases over 2nd generation Threadripper and it might be a good idea to think of this as a completely new platform (which may be why AMD chose to go with TRX instead of TR). Another possibility (this is purely speculation) is that AMD might split its CPUs into TRX and WRX, where the latter is reserved for very high core counts and therefore requires a new socket.

AMD's upcoming TRX40 platform is going to result in a pretty huge boost in sales for the company as it expands into even more cores at affordable pricing. The company successfully proved that the mainstream markets had an appetite for a core count higher than 4 and now it seems to be doing the same for the HEDT and workstation market.

This new ultra-HEDT segment should be priced in accordance with AMD standard pricing strategy which means you are going to be looking at professionals and even the SME data market suddenly have access to a lot more processing power for the same amount of $. This is likely going to force Intel to revise its strategy as well - as was the case with HEDT pricing for Cascade Lake X.

AMD has been praised for being socket-agnostic for a very long time, but it looks like a rapidly changing core-count and a shift to 7nm might force it to ditch the existing TR4 socket and move on to a new design for its TRX40 motherboards. There are multiple reasons for AMD to do this, but the one most likely is that shifting to 7nm process technology requires a layout change (which in turn necessitated a socket redesign).

This is something AMD could have worked around of course, but that might have been cost-prohibitive. Not to mention that AIBs will be very happy to hear this as it will provide a much-needed bump in revenue (new socket = more motherboard sales). Another potential reason is that AMD is working on a 64-core Threadripper and the older TR4 socket would not have been entirely compatible with such a high core count.