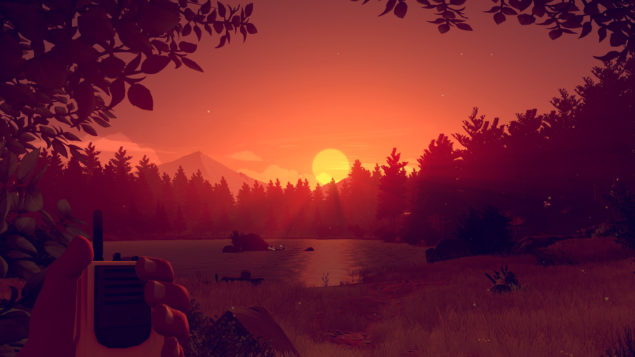 Not all games need to have AAA production and lots of killing. The industry has thankfully embraced indie products and the adventure genre in the last few years, for the joy of everyone who longed for more variety in our favorite form of entertainment.

Campo Santo's Firewatch is one of the most intriguing indie adventure games due in 2016, for sure. Its deceivingly simple, yet alluring graphic style has been modeled after a painting made by Olly Moss.

The story is similarly inviting: you're a volunteer fire lookout in Firewatch, just taking control of your own tower in the forest when strange occurrences start happening around the main character, Henry. His only way to communicate with his supervisor Delilah will be the walkie-talkie you've seen in the screenshot above, and it will be possible to choose different dialog options.

We've reached out to  Nels Anderson, designer and programmer at Campo Santo, to learn more about the game (due on February 9 for PC and PlayStation 4). Enjoy!