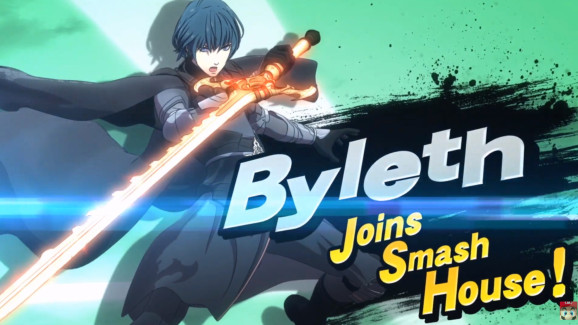 The final DLC character included in the Super Smash Bros Ultimate Fighter Pass has been revealed today, with a release coming later this month in all regions.

The new character, which has been unveiled during today's Smash Direct is Byleth from Fire Emblem Three Houses. The character will be available in both male and female variants and will be able to use different Hero Relic Weapons other than the Sword of the Creator, expanding the fighting style considerably. The Monastery from Fire Emblem Three Houses will also come to Smash Ultimate as a brand new stage.

As Terry has been leaked before its official announcement, Sakurai revealed that the team worked on Byleth in total secrecy. As such, the character will not be released today, but only on January 28th. The character is part of the Super Smash Bros Ultimate Fighter Pass, but will also be available for purchase separately.

Byleth will not be the final DLC character coming to Super Smash Bros Ultimate. During the Direct, a second Fighter Pass has been confirmed. It will include six more characters that will be released by the end of 2020.

Super Smash Bros Ultimate is one of the best Nintendo Switch exclusive games released up to now. The game is an extremely solid title with a huge character roster and plenty of content.

Super Smash Bros Ultimate is now available on Nintendo Switch in all regions. Byleth will be released later this month, on January 28th, worldwide.