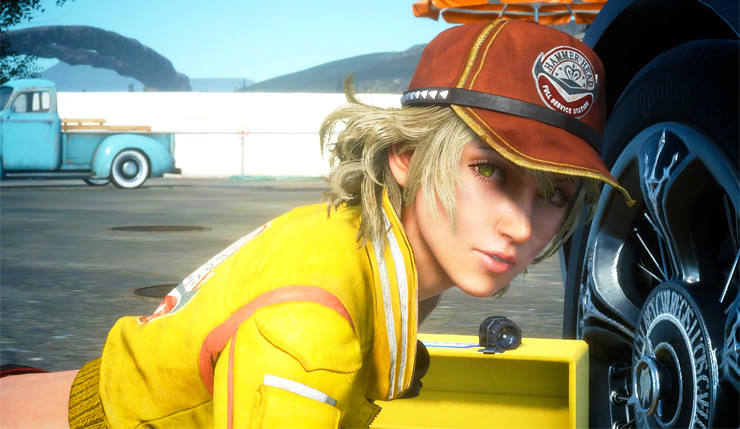 Mod support has long been a staple of Western RPGs, but Japanese RPGs have largely shunned mods in favor of offering a locked-down experience. Final Fantasy XV breaks with that tradition – the PC version of the game offered limited mod tools at launch, and there are plans to greatly expand support in the future. New tools will let fans create their own events, missions, and even quirky new modes. In an interview with GameSpot, Square Enix live services manager Shigefumi Tanaka explained why the publisher is finally embracing mods with Final Fantasy XV...

“We're doing the mods […] to give some kind of connection with players around the world. Even though it's not a multiplayer experience, it still gives the feeling of you being involved in something bigger, and just that two-way approach in terms of providing more story content but also just providing things on a more day-to-day level for people to just enjoy and create their own customized experience is how we're looking at the remainder on this XV timeline.

The level editor is going to give the players ability to create little events on their own. […] Just the fact that we're gonna be letting players choose their way of enjoying the game [through custom content] is something that we're looking forward to seeing. For us, we just want to provide the platform for players to take advantage of all the mod tools that are gonna be released from us, and then have them just go wild with it, have fun and, just really enjoy their own experiences.”

Interestingly, it sounds like Final Fantasy XV won’t be the last SE game to feature mods.

“I think [mod support] is something we always consider if it's right for that particular game and that particular project. I think we're gonna be really interested in seeing what those fan reactions are, too. Once the tools are all out there and we get to see how it plays out, we'll see how we want to proceed with it. In general, I think most Square Enix titles don't really open themselves up to mods, officially. It's a first in many ways. I think this will be maybe setting a new standard or maybe at least sending up a new type of gameplay ideas for us in the future.”

Square Enix haven’t specified when exactly the new Final Fantasy XV PC mod tools are coming, but they’re expected to be part of the game’s 2019 slate of content.

Final Fantasy XV is available on PC, Xbox One, and PS4.