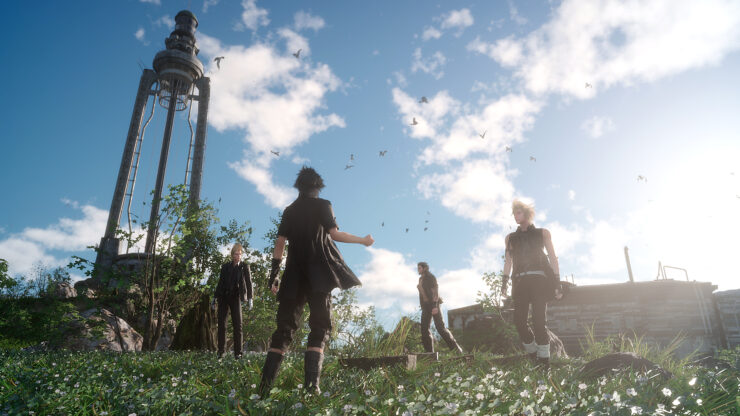 The opening text of Final Fantasy XV professes to be a game for both the fans and newcomers of the franchise. Of course, people who know Final Fantasy also know that (with few exceptions) the games have been standalone and don't share the same world, story or characters. The problem for some has been the rather lacklustre effort by Square Enix.

Having only had our copy of the game from Sunday, a full review for release was impossible. Not one that would do the game justice anyway. It's huge, sprawling and chock full of detail. I'm a lapsed Final Fantasy fan, I used to honestly call myself a fanboy and I still would argue that earlier Final Fantasy games are some of the best there's ever been. After two failed MMO's and the incredibly linear XIII, Final Fantasy looks to be back to fighting form. 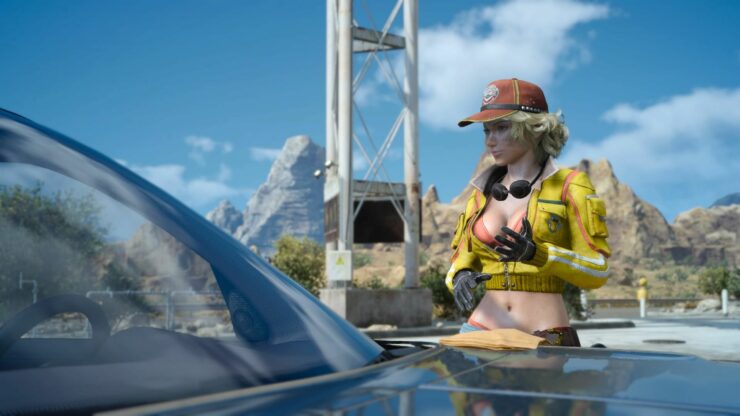 Reinvention is something Square are really into with their games. It's a strange thing because the Final Fantasy games have always sold and performed well, so why the need for change? With Final Fantasy X, Square brought large changes to the combat but also made the game linear, offering little exploration. What helped the game through was the fact that everything else was top notch and allowed for the more limited approach. Final Fantasy XII was criminally underrated, almost revolutionary in its approach to an open world, exploration and huge amounts of side-quests that you now find in countless big releases.

It's in the new battle system that the game is already shining through. It's fun, insanely so. It's also the first time the game has gone truly active. For the most part, menus are a thing of the past when it comes to battles. You run around as you wish, hold down the attack button to attack, but you can also switch between four selected weapons using your directional buttons, and the rest is just a flashy show.

Still, there's more to it. If you've watched Kingsglaive you'll remember the warp-strikes that the characters use. You also have this ability, letting you zip across the map to either attack an enemy, or zip to higher ground and look over the battlefield from a vantage point and plan your next attack. Warping to a vantage point also regenerates MP, which is used whenever you use warp strikes or for a large amount of dodging of attacks from your side or back, which sees you warp away if only slightly. The use of MP for dodging also means you can't just hold on to the dodge or block button and never get hit. 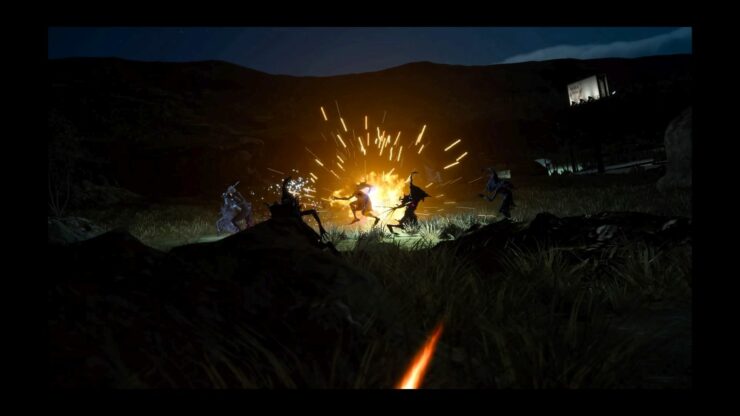 Watch Kingsglaive. That's the best advice I can give to anybody when it comes to Final Fantasy XV, because the story of the game is frankly lost if you don't. You start with the simple objective of heading off to marry a lovely looking oracle called Lunafreya. Your dad, the king, gives you a tussle of your hair and tells you to run off and be safe. Never good advice really, because within no time the prince (Noctis, the main protagonist) learns that dad has been killed. Frankly, I don't actually care and I've also seen the film.

That's a core problem with Final Fantasy XV as of now. The story is brief. Square Enix seem to be overcompensating for the absolute sheer monstrosity of reading you had to do to bring yourself into the world of Final Fantasy XIII. This is obviously a major issue because a key aspect of a good story is to make you care about it. Unless the game actually gives the four characters more depth, it's just going to fall flat.

It's a shame because you can see the effort that's gone into the game's world and what should be a promise of things to come. One good example is how you will be asked to do something by a character - take Cindy, from the second picture, as an example. She'll ask you to do something and you can take it off of your own back to refuse or accept, but another option is to take advice from a friend. It's an interesting aspect that does at least add some personality, but also offers you experience. 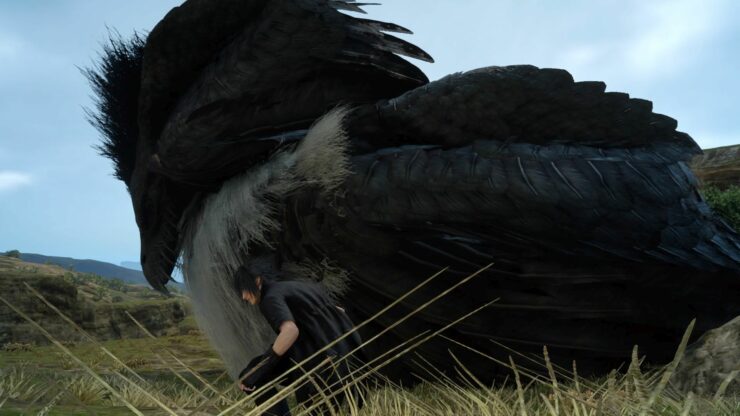 Thankfully the shallow story isn't too much of an issue for now. So far, the absolutely absorbing gameplay, the interesting open world and the side quests and minigames have more than made up for it. Hopefully, as I keep playing through the game, the story will pick up some of the slack. Final Fantasy has always been a blend of excellent story and great gameplay.

What also helps a lot is that the game is simply fantastic to look at. The scenery, characters, monsters and even the weapons are exquisitely designed. It's absolutely gorgeous to look at, particularly so when you use a spell flask, see the fire burn away at the foliage, or the sky go dark as the thundaga spell you've just used comes into effect. It's especially effective when the day-night cycle comes into effect, changing the look of the world and even the sort of monsters that appear.

Final Fantasy XV is probably the best in the series so far for actual gameplay. Eleven and a half hours in, I'm finding it incredibly fun and enjoying just exploring the world, fighting and doing quests. All I can hope now is that the story brings itself to the same level.