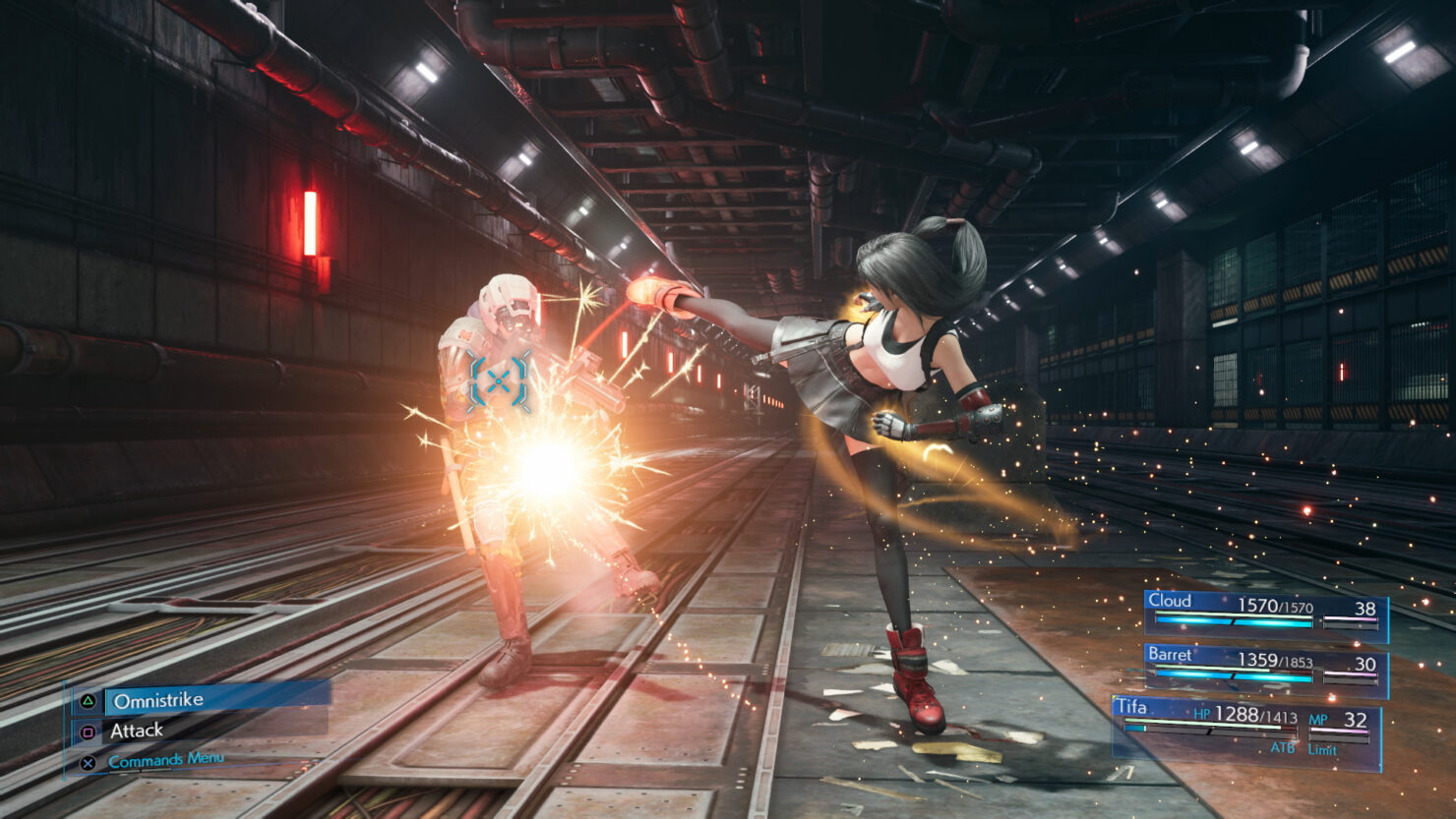 New Final Fantasy VII Remake screenshots have been released today, showing some of the game's characters, combat and more.

The new screenshots, which can be found below, showcase Red XIII as well as Hojo, Tifa's battle skills, side quests in the form of Mercenary Quests, the Battle Report system and the Chocobo, Carbuncle and Cactuar summons and more.

Cloud can help out the many people across Midgar, including local merchants. These tasks are varied — he’ll be asked to deal with anything, from taking out troublesome monsters to finding lost cats.

Complete these tasks, and he’ll develop more Materia that you can buy.

Last week, Square Enix released a new Final Fantasy VII Remake image, featuring the main cast of the game as well as the iconic bike used by Cloud in Midgar.

Final Fantasy VII Remake is releasing on PlayStation 4 worldwide on April 10th. The game was originally scheduled for March 3rd, but it was delayed for additional polish.

Final Fantasy VII Remake launches on April 10th exclusively on PlayStation 4, with other versions of the game likely coming after April 2021, when PS4 exclusivity ends.