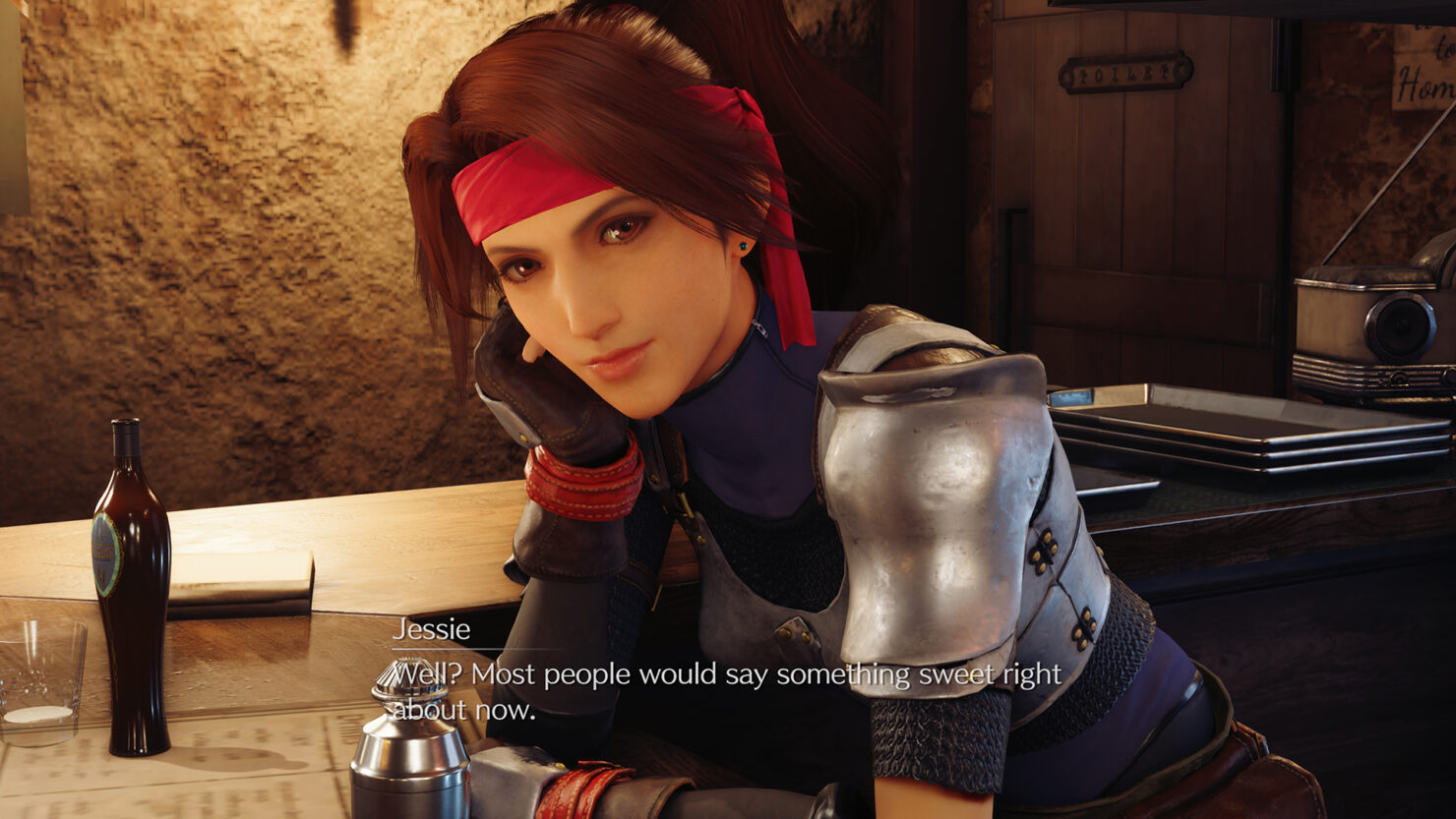 A new Final Fantasy VII Remake mod that has been released online this week introduces a fully playable version of Jessie to the game.

The mod is more than a simple model swap, as it also introduces a new set of menu graphics for the character and changes most of the text references to Tifa in menus and subtitles. The mod, unfortunately, doesn't introduce any gameplay change, so Jessie will still fight like Tifa.

This is may also be just the beginning for the Final Fantasy VII Remake Fully Playable Jessie mod, as the mod's creator may update the mod in the future to edit voice references to Tifa and even Wall Market dresses.

Final Fantasy VII Remake is now available on PC, PlayStation 5, and PlayStation 4 worldwide. You can learn more about the game by checking out my review of the PlayStation 5 release.

While it is the same game at heart, FFVII Remake Intergrade brings the first part of the remake to new heights with a 60 FPS gameplay option, some quality of life enhancements, much improved visuals, and a very fun new story episode starring Yuffie. The new tweaks and additions do not alter how the game feels and play, but there is no denying that they do make Final Fantasy VII Remake Intergrade the best way to enjoy one of the best role-playing games put out by Square Enix in the past few years.