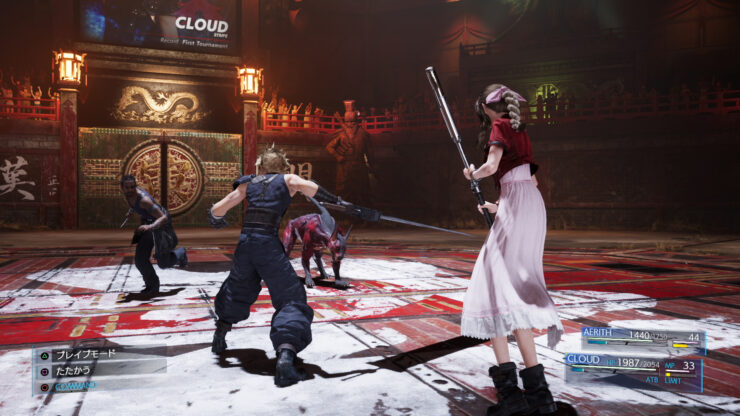 A new batch of Final Fantasy VII Remake screenshots has been shared online today, showcasing one of the key locations of the first part of the remake, characters and more.

The new screenshots showcase Wall Market and some of its iconic locations like the Honeybee, which look more vibrant than ever, as well as the dresses for Cloud, Aerith and Tifa, the Leviathan summon and more.

Today, it's also been confirmed that a battle arena called the Corneo Colosseum will be available in Wall Market, allowing players to take parts in battles and obtain a variety of rewards. More information can be found on the Square Enix Official Website.

This grand adventure filled with memorable characters and crafted with cutting edge technology was an instant worldwide hit, and now it is reborn for a new era.

With a mix of traditional command-based combat and real-time action, fans can explore the world of FINAL FANTASY VII, recreated with today’s technology.