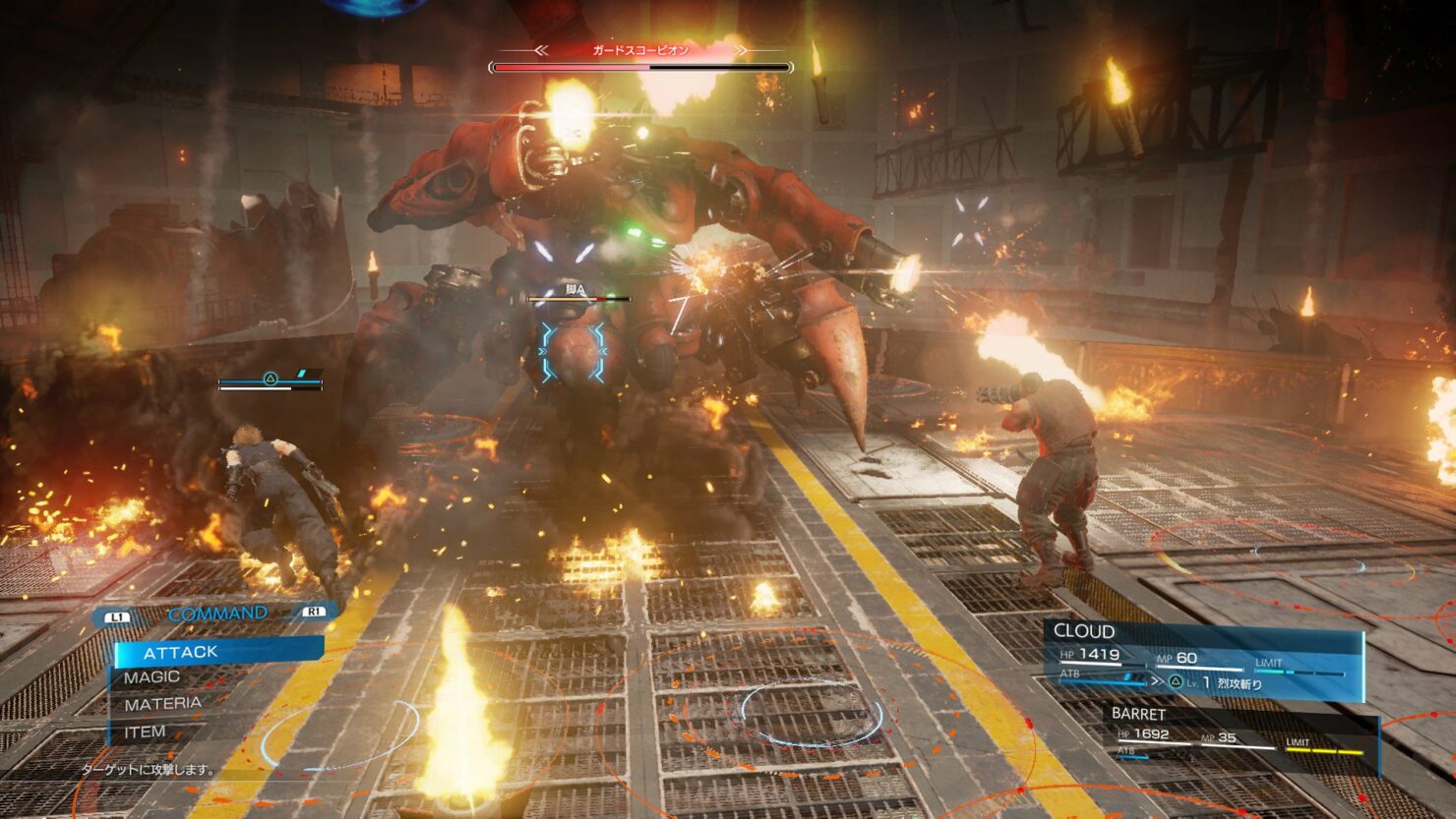 The Final Fantasy VII Remake is still far from being release, and Tetsuya Nomura and his team haven't shown much of the game in recent times. Still, the game's director did provide a small update on the game's development in the latest issue of Japanese magazine Famitsu.

In this new interview with Famitsu, Tetsuya Nomura reiterated that the Final Fantasy VII Remake combat system will be action based, and not command based as it has been erroneously revealed in another interview. The screenshot showing the commands was actually taken to showcase the cover system, which is also optional. Nomura revealed that there will be more situational actions in the final game.

Tetsuya Nomura also talked about the first Final Fantasy VII boss battle against the Guard Scorpion. According to the game's director, this battle is going to be quite flashy in the remake, with environmental destruction. The boss will also come with some attacks that weren't included in the original game.

The Final Fantasy VII Remake is going to be somewhat different from the original game, as it will be a multi-part series. The team decided to split the game this was as it was clear from the beginning of development that the entire game wouldn't fit into a single release.

The idea that a remake of Final Fantasy VII would not fit into a single release was there from the very beginning. We still can’t share more information about its multiple parts, but please look forward to future announcements.

Final Fantasy VII Remake launches on a yet to be confirmed release date on PlayStation 4.