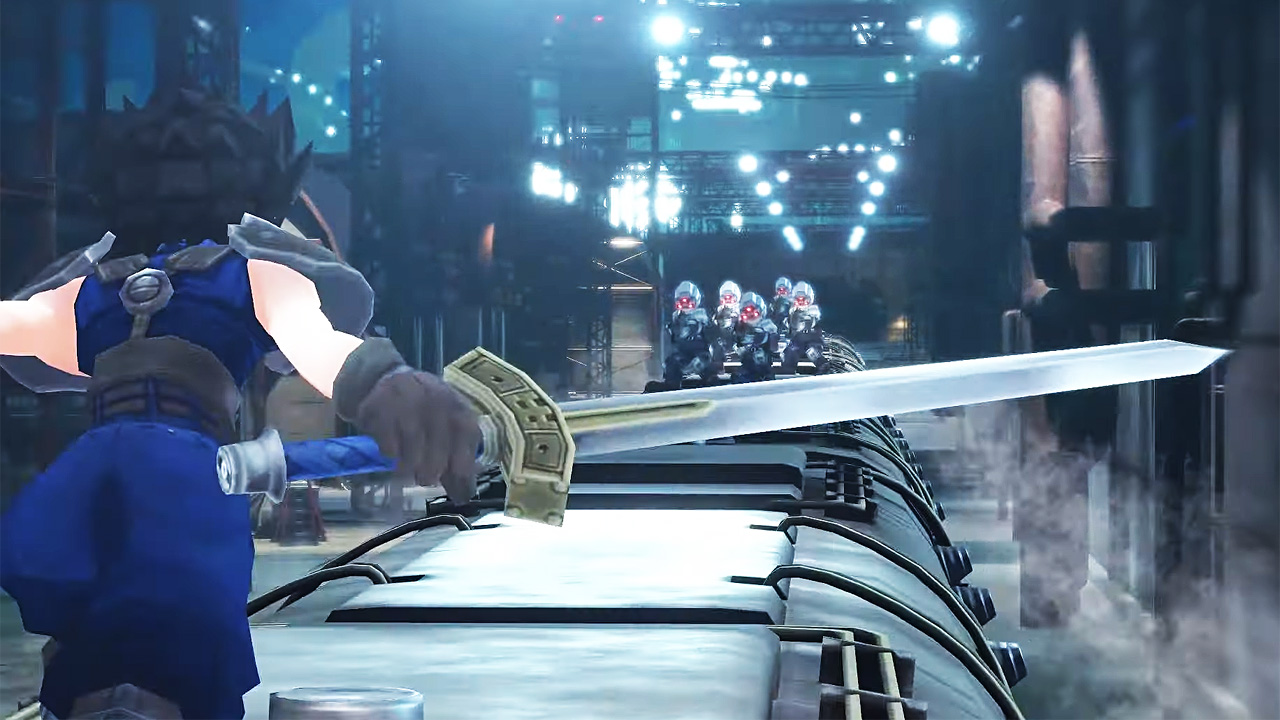 How long will we have to wait for Final Fantasy VII Remake to wrap up its story? Square Enix hasn’t even hinted when the next chapter might arrive, and given how much the first chapter deviated from the original game, there’s really no telling where the story might go. Well, if you’re looking for a more traditional remake, Square Enix has just announced Final Fantasy VII Ever Crisis, a new episodic mobile game that they promise will cover “the whole of the FF7 timeline - including the events of the original game and the FF7 compilation titles.” The game combines charming retro-style visuals when exploring the world and FF7-Remake-style battles. Check out a trailer, below.

So yeah, those hoping Final Fantasy VII Remake took a more faithful approach to the source material, I suppose this is for you. Also, time to take bets on whether this is the only remake Square Enix actually finishes.

Well, that actually looks pretty impressive for a mobile game! Granted, I have absolutely no idea what’s going on in the trailer, but it could be fun. I mean, who hasn’t occasionally wished they could ride a chocobo in PUBG or Fortnite?

Final Fantasy VII The First Soldier launches in 2021 and Final Fantasy VII Ever Crisis comes our way in 2022. Both games will be available on iOS and Android. What do you think? Either game spark your interest? I’ll probably give Ever Crisis a shot, particularly if they can get episodes out in a relatively timely manner.