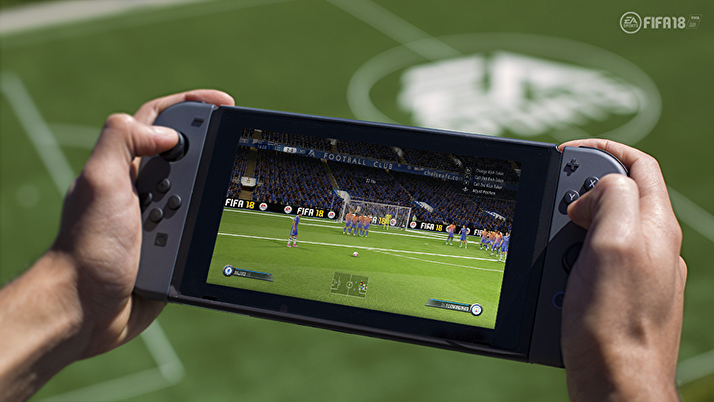 According to FIFA 18 Switch producer Andrei Lazarescu, FIFA 18 is different from its PS4 and Xbox One counterparts, but the best “full” FIFA to date on a Nintendo console.

Putting the Switch version against the PlayStation 4 and Xbox One versions of the game wouldn’t be fair, as those consoles sport more powerful hardware, but Lazarescu insists that the team has created an unique FIFA experience on the Switch that can’t be explained by merely comparing screenshots.

"I've been encouraging people to play it because then they will realise that it's a really quality product," Lazarescu told GamesIndustry.biz.

"Although I've talked about it, and that team has talked about it, people see us as being biased. So hey, try it, and everyone who tries it says... 'OK, I'm going to get this.' We need people to get their hands on it”

"That's the frustrating thing about it. I wouldn't put this against the PS4 or Xbox One version, or vice versa, I would look at them as two individual football games”, he continued. This one's biggest advantage is that you can play it on the go."

The proud producer adds that 99% of the team’s goals have been realized with the Switch version, and believes that once people play it, they will see what the team has accomplished.

“I think we have achieved 99% of our goals”, he said. “Once you play it, you'll see what we've done and you'll get it. And I hope people will get a chance to do that, and not judge just based on a screenshot or putting it against the likes of PS4 and Xbox One."