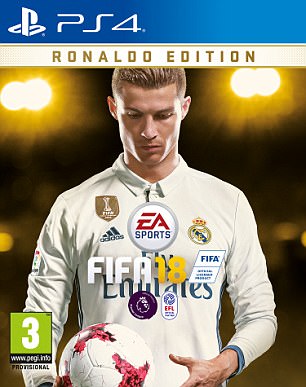 Since quite a few years, new entries in the FIFA series by EA Sports have been released in September, and this year won't be any different, as FIFA 18 will launch at the end of the month on PC and consoles.

Earlier today, EA Sports confirmed that FIFA 18 will launch on PC, PlayStation 4, Xbox One, Nintendo Switch, PlayStation 3 and Xbox 360 on September 29th. The publisher also confirmed that Real Madrid C.F's star Cristian Ronaldo will be on the game's cover for all formats. The famous player's data was also recently recorded during a training session, and it will be used to improve the game.

To deliver innovation in FIFA 18, Cristiano Ronaldo’s data was recently recorded during a training session at a mobile EA Capture studio in Madrid. Data capture of Ronaldo’s acceleration, run cadence, skills, and shooting technique were all recorded to bring veracity to his likeness and personality in FIFA 18. His data also informed important gameplay elements including fluidity, player responsiveness and explosiveness. Fans can learn how Ronaldo fueled FIFA 18 by tuning into EA PLAY on June 10 at 8:00pm BST on EA.com.

Alongside the regular edition, a Ronaldo Edition will be released for PS4, Xbox One and PC, granting players a three-day early access to the game and plenty of additional content. An EA and Origin Access 10 hours trial will also be available from September 21st.