AMD's new gaming scientist Richard Huddy has a lot to say about a lot of things. Huddy who became a part of AMD only a month back and has worked at Nvidia, 3D labs and ATI. In an interview given to Techradar, Huddy has covered a lot of issues, ranging from the company's Mantle API and the difference between the former and Nvidia's GameWorks up to 4K gaming and Kaveri APUs. Huddy criticized Nvidia over it's approach over GameWorks and said that he'd preferred AMD just because of that. Describing AMD's approach towards as being open and more ecosystem friendly, Huddy described Nvidia as wanting to close everything down. According to Huddy, GameWorks creates benchmarks which not only end up harming AMD but also the end users i.e. the PC gamers. Huddy further criticized GameWorks by saying that it limits developer freedom and user experience. 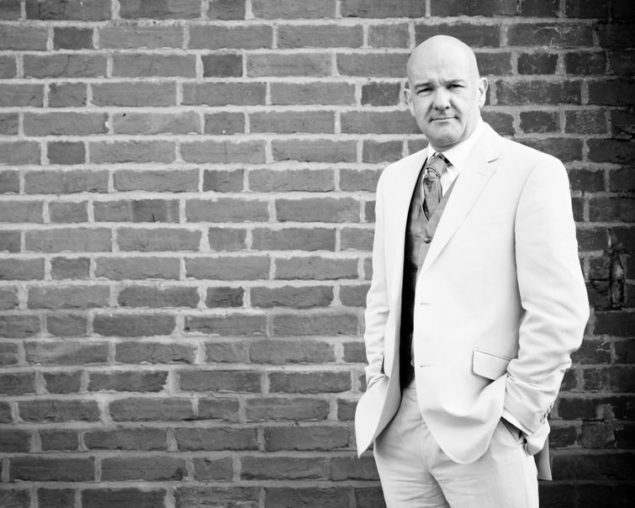 Mr. Huddy covered a lot of issues in the interview given to TechRadar. Speaking on his present role at AMD, and whether it would extend to console gaming as well, Mr. Huddy said that he does not intend to stay limited to PC gaming at all. He would expand his role to cover console gaming as well after he had fully understood of the requirements of the sector. However he also said, ". . .n the first six months or so, I expect to get my teeth into PC gaming and primarily discrete graphics. Sort of high-end graphics rather than the APUs that we also sell, which have very respectable gaming engines inside them these days. But if we're looking at the future, then we're typically thinking about more high-power solutions." Describing the current PC landscape as healthy, Mr. Huddy said that the ". . . the gaming business on PC is growing by about a billion dollars a year."

Mr. Huddy also commented on AMD's discrete business units and made another controversial statement ". . We have presently the fastest graphics card on the planet. You can buy a [Radeon R9] 295X2 from us and we sell that for about $1,500 [ dollars. That's a lot of money to ask for a graphics card, and I don't remember us ever having a graphics card over $1,000 before." Mr. Huddy also commented on the rise of 4K gaming and the potential it offers to developers and manufacturers. Since 4K displays double the amount of pixels in standart 1920 x 1080 resolutions, so ". . . that gives us 4 times as many pixels to work on, but from a gaming point of view ... you just need to wait for a little bit of time to pass so we can build chips which are 50 times more powerful every year." said Huddy.

Mr. Huddy also expects the sales of 4K monitors and 4K gaming to rise in the future. Citing the decrease in monitor prices, Mr. Huddy said that the increase in quality offered by 4K monitors justifies the extra amount paid. Huddy had a lot to say about Mantle, particularly Mantle 2 and it's collaboration with DX 12. According to Huddy "Mantle 2 - if it takes us about a year to get through a Mantle iteration - then Mantle 2 will come around the same kind of timeframe as DirectX 12. DX 12 brings a lot of the goodness that Mantle brought. We had a lot of conversations with Microsoft about what we were doing with Mantle, and in those conversations, they said, 'OK, if you really can solve this problem of building a better throughput system that runs on Windows, then we'd like to take that to Windows as well and we'll make that the extra software functionality that comes in DX 12.' So that's how DX 12 has come about.

We'll take the leanings from DX 12 and take it to Mantle. I'm sure they can help us do a better job than we've done. We will also take the extra hardware features with DX 12, and there are at least a couple of key features which are coming there.

They are pixel synchronization, which let you do some cool transparency effects and lighting transparent substances which is very, very hard on the current API. There's something called bindless resources which is a major efficiency improvement again in how the GPU is running, making sure it's not stalling waiting for the CPU to tell it about some of the changes that are needed. At that stage we'll have Mantle 2.0 wrapped up which covers the same kind of functionality as full DX 12 and gives all the performance benefits that Mantle currently gives plus anything else we learn.

Then we look to the future because DX 12 is not the end of graphics. Mantle 3, Mantle 4, etcetera give us the opportunity to expose any of the new features that we develop in our hardware. There are some that have speculated that Mantle will die when DX 12 arrives, that we'll just put it down and walk away it. Heck, why would you need it?

Well, the answer is it's perfect for portability. AMD does graphics in a variety of places, and [Senior Vice President and Global Manager, Global Business Units] Lisa Su mentioned that about half our business by the end of next year will be on the traditional PC platform and the rest will be elsewhere. Elsewhere, there will be AMD graphics.

DirectX is a generic APi. It covers Intel hardware, it covers Nvidia hardware and it covers ours. Being generic means that it will never be perfectly optimized for a particular piece of hardware, where with Mantle we think we can do a better job. The difference will dwindle as DX 12 arrives. I'm sure they'll do a very good job of getting the CPU out of the way, but we'll still have at least corner cases where we can deliver better performance, measurably better performance. We think we have a good future with Mantle, and games developers can tell you they don't want us to drop it afterwards."

Lastly, Huddy expects that the benefits from his work at AMD will show in the next 2-5 years. He also defended the company's Kaveri APUs by saying that they provide the perfect workload balance for GPU and CPU on the system. He defended AMD's heavy emphasis on the GPU and said that 70% of the heavy lifting in a game is done by the GPU and therefore the balance should be different than the one provided by Intel.