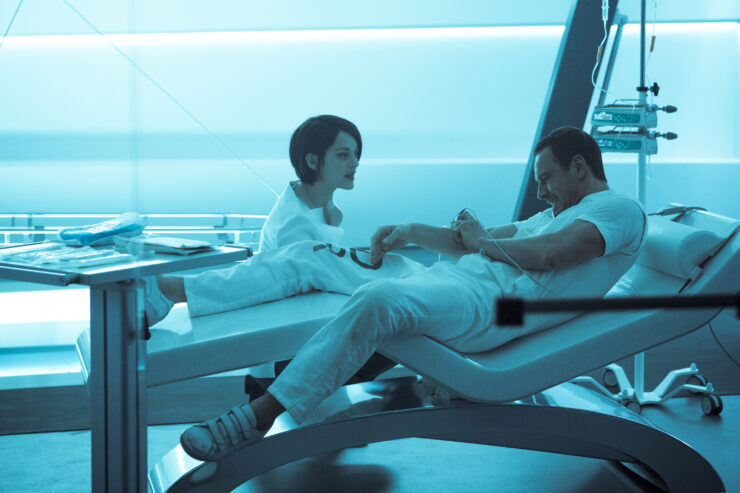 As much as we love video games, they haven't exactly had the best track-record when it comes to big screen adaptations. Thankfully the upcoming Assassin's Creed movie is looking fairly promising. The series has always had a strong story that lent itself well to a movie adaptation, and with a strong cast (Fassbender, Jeremy Irons, Brendan Gleeson) this could well be the first time gaming makes a respectable jump to the big screen. The film's first clip has been released, showing our hero Callum Lynch entering the Animus for the very first time.

For those unfamiliar with the franchise,  the clip above shows our protagonist  Callum Lynch (Michael Fassbender) entering the Animus - a revolutionary technology that unlocks the genetic memories of his ancestor, Aguilar, by transporting him back to 15th Century Spain.  Discovering that he is part of a secret society of assassins Callum is sent back in order  to learn his ancestor's skills and help the mysterious organisation.

With the film's 1st January release date not far off, we won't have long until we discover if Assassin's Creed will live up to its lofty potential.