Flexibits developers have updated their Fantastical 2 calendar app for the iPad, iPhone and the Apple Watch. The app has a lot to brag about as it tends to take full advantage of iOS 9's productivity enhancing features like Split View and Slide Over multitasking capabilities.  It also hosts a 3D Touch app icon for the new iPhone 6s and 6s Plus. Since the app is available on the iPhone, Fantastical 2.5 brings a native WatchOS 2 app for the Apple Watch with complications and many more. 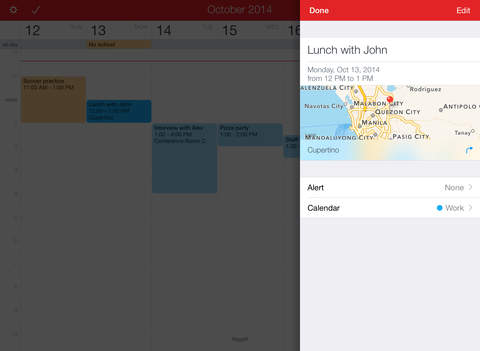 Just after 2 weeks of its release on Mac OS X El Capitan with Split View support, the version is now ready to hit iOS devices. The information dense app, Fantastical is of great importance for iPad Mini 4, iPad Air 2 and the forthcoming iPad Pro due to the multitasking availability. Fantastical 2.5 for iPad will adjust to the larger screen real estate, performing different sized layouts in multitasking view. The app has been designed to share Split View screen with other apps supported for the feature.

Let's dive into more details of what the calendar app has to offer on different iOS devices and the Apple Watch.

Fantastical 2.5 also features a week view layout, opening Maps addresses and fixes with just a single tap. It also brings support for Bluetooth keyboards for iPad, whereby users of Fantastical can opt to keyboard shortcuts by holding the Command key. Concerning older generation iPads, the app does feature limited multitasking abilities like the Slide Over View that allows users to view Fantastical app over the primary app. 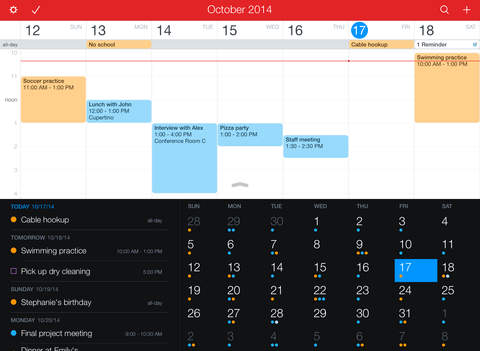 There are specific specialties of Fantastical 2.5 on the iPhone as well that includes the 3D Touch support, enabling users to view shortcuts of the app right from the Home screen of iPhone 6s. Similar to the iPad, the Fantastical app for iPhone also features an enhanced Week view. It also allows users to choose a set of apps to open the links as you press and hold a certain URL or link. As helpful as it seems, the new Fantastical 2.5 will no longer show a group of invitation notifications into a single notification, rather the app would show each notification independently. 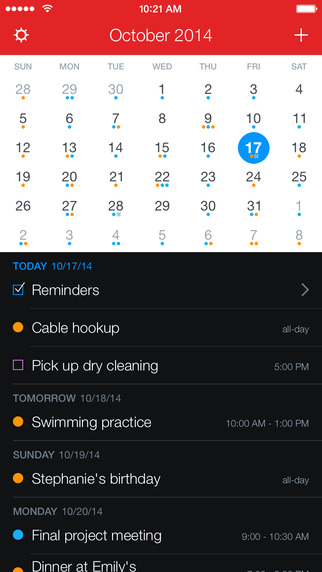 Since the app has support for iPhone, it is also available on the Apple Watch as a native app. The companion Apple Watch app will run directly on the Watch, without any extra data communication with the iPhone. The native app support will allow the Apple Watch to work seamlessly, fluid and does not require your iPhone to be nearby. In the Watch app, pressing the screen with force will jump you to the Go To Date feature. Rotating the Digital Crown will select the date to jump to, instantly. 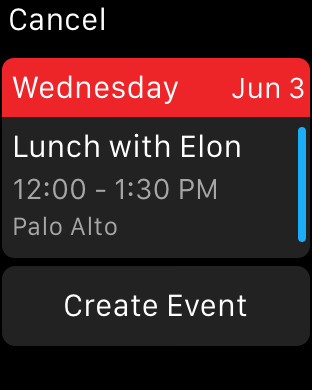 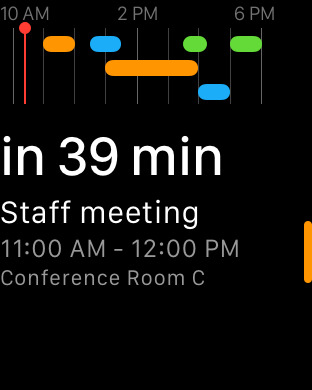 Fantastical 2.5 is now available to download for the iPod Touch, iPad, iPhone. However, the price slightly differs between the two iOS devices. The iPhone version of the Fantastical app is priced at $4.99 on the App Store, while it costs $9.99 for iPad. However, if you are a Fantastical 2 user, the update may come to you with no additional charge. The app is highly recommended as it tends to enhance productivity.

This is it for now, folks. Did you like this update? Share your thoughts in the comments.