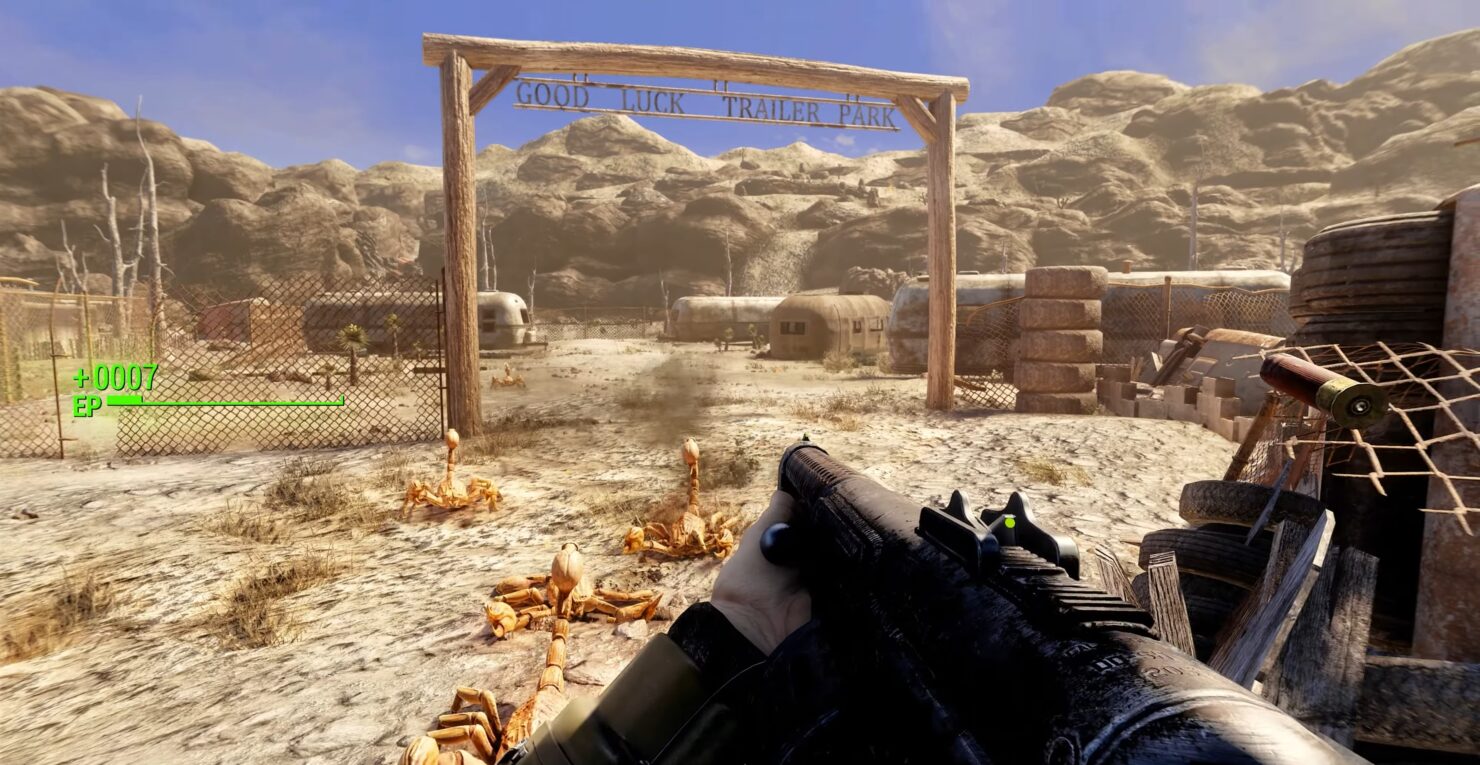 [Update] The game showcased in the new video by Digital Dreams is not Fallout: New Vegas as incorrectly written in the original story, but Fallout 4. We apologize for the mistake.

[Original Story] Having been released a few years ago, Fallout New Vegas looks dated for today's standards, but with the right mods, the game can be made to look gorgeous.

German modder Digital Dreams shared a new 4K resolution video showcasing the game developed by Obsidian running with the Beyond All Limits ray tracing ReShade preset and the Apex ENB. While the game does still show its age a little, it looks considerably better than the vanilla version with these mods.

It’s the kind of town where you dig your own grave prior to being shot in the head and left for dead…and that’s before things really get ugly. It’s a town of dreamers and desperados being torn apart by warring factions vying for complete control of this desert oasis. It’s a place where the right kind of person with the right kind of weaponry can really make a name for themselves, and make more than an enemy or two along the way.
As you battle your way across the heat-blasted Mojave Wasteland, the colossal Hoover Dam, and the neon drenched Vegas Strip, you’ll be introduced to a colorful cast of characters, power-hungry factions, special weapons, mutated creatures and much more. Choose sides in the upcoming war or declare “winner takes all” and crown yourself the King of New Vegas in this follow-up to the 2008 videogame of the year, Fallout 3.

Fallout New Vegas is now available on PC, as well as on PlayStation 3 and Xbox 360.