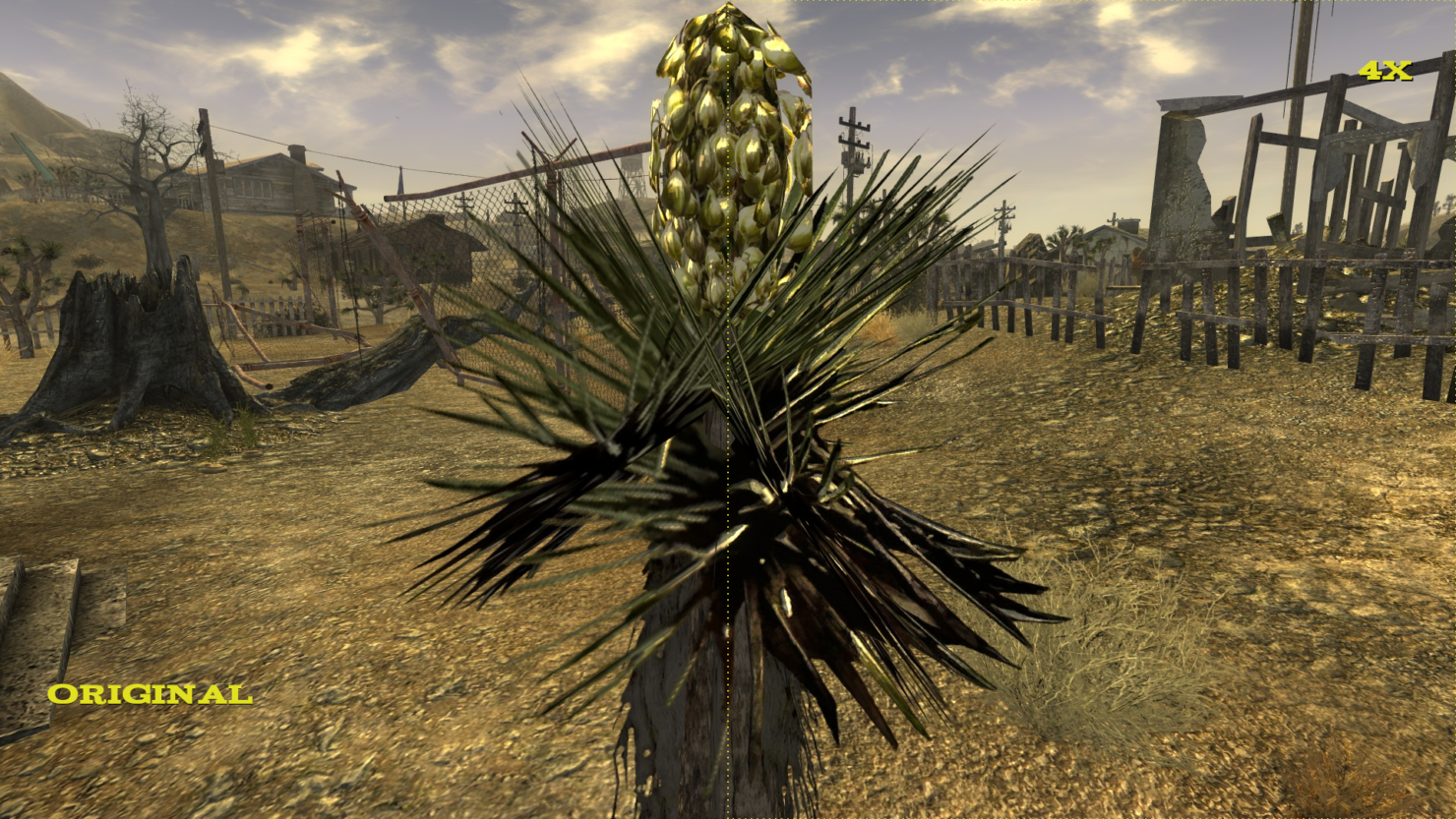 With no new Fallout game on the horizon, fans of the series can only play older entries if they are carving for some post-atomic action. If you're planning to get back to Fallout New Vegas anytime soon, you may want to check out a new AI enhanced texture pack.

The Charge's FNV HD Texture Pack brings massive improvements for over 10000 textures found in the game. Level of detail (LOD) textures, tree billboards and most of the interface has been left untouched.

I have used Gigapixel AI, Waifu2x, ESRGAN, ImageMagick, Open Object REXX scripts and GIMP 2 to do the image up-scaling. Close to 13,000 textures where processed for the base game and another 2,000 for all the DLC. Two PC's and one old laptop running for days on end at 100% usage and a couple of months worth of work was put into this.

The results of the various software have been reviewed and I am hand picking the best results. I am not blindly picking one software's results over another. I do alpha masks, cubemaps and normal maps! I've even hand edited some of the textures and meshes were necessary. No texture is being left untouched! The legion armors together use results from Gigapixel AI, ESRGAN, Waifu2X and a some of my own post processes.

You can download the texture pack by going here.

Fallout New Vegas is now available on PC as well as on PlayStation 4 and Xbox One.