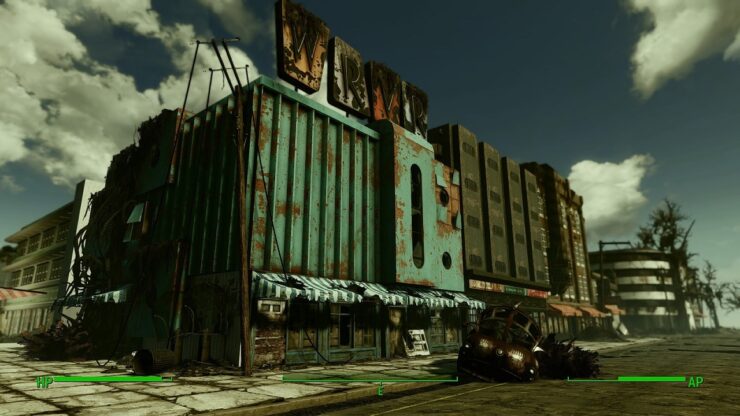 The development of the Fallout Miami mod is proceeding smoothly, and the developer provided today an update on how work is proceeding, the current focu,s and more.

The new development update has been provided with a new video that confirms that the pre-production of the main quest has been completed, and now the team is focusing on writing and quest implementation. More on the mod's world factions and more have also been detailed.

Summer’s behind us, and we’re back with another Fallout: Miami development update. Hope you all enjoyed the environmental showcase we released recently. Things have gotten pretty crazy this year, so we hope you and yours are doing as good as possible, all things considered. Current events haven’t stopped us from working on Miami, and we’re stoked to show you a few of the things we’ve gotten done over the past months.

Fallout Miami is a fan-made expansion for Fallout 4 that will feature a recreation of the southern Miami Beach, with some artistic liberties here and there that will allow the developer to add all the main locations they want to implement.

A lot of you have been wondering where exactly Fallout: Miami takes place and what the ingame map will include. We’re going to answer that question today. Here are the borders of the Fallout: Miami game world, a loving recreation of a lovely part of southern Miami Beach. In order to fit all of the interesting locations we have planned, we’ve taken a few creative liberties, but our map remains mostly accurate to the real world area we want to represent. The city is divided into several districts, each with its own unique locations and atmosphere.

Fallout Miami is currently in development. A release date has yet to be confirmed.