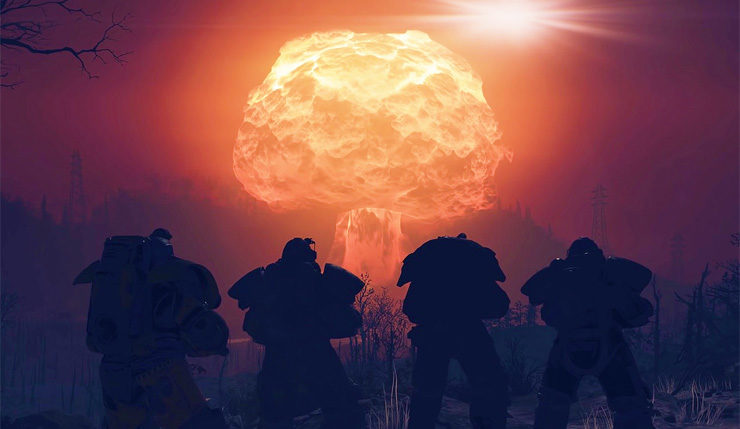 Update: Following a period of maintenance, Fallout 76's nuke silo issues should be fixed. We'll keep you updated if any further issues crop up.

We're planning to bring #Fallout76 offline at 2:30 p.m. EST today for a hotfix to correct the issue with the nuke silos. During this time Fallout 76 will be unavailable. Thank you for your patience.

#Fallout76 maintenance is complete and the game is accessible. Thank you for your patience.

Original story: Fallout 76’s nukes are broken. I suppose that’s not a huge shock, considering the myriad of other problems the game has had, but still…you’d think Bethesda could get this one very big, very explosive thing right. Usually, Fallout 76’s nuclear silo codes reset ever week, but this week the codes were non-functional duplicates of last week’s codes. At first, players thought the messed up codes might have been related to an upcoming event, but it seems that isn’t the case.

Here’s some more info about the bug from Redditor Waffle Cop:

#Fallout76 Players: We’re aware of and actively investigating an issue with Nuke silo access. Thank you for your patience while we look into this issue.

In a separate post on Reddit, a Bethesda rep says a Hotfix should be coming sometime today, although nothing has been released yet. We’ll update you when/if a fix is released.

As mentioned, Fallout 76 launched in a rough state (Wccftech’s Chris Wray only gave the game a 5 in his review), but Bethesda has been making an effort to improve the game with a steady steam of updates. The game’s next major update will give players the option to open their own shops.