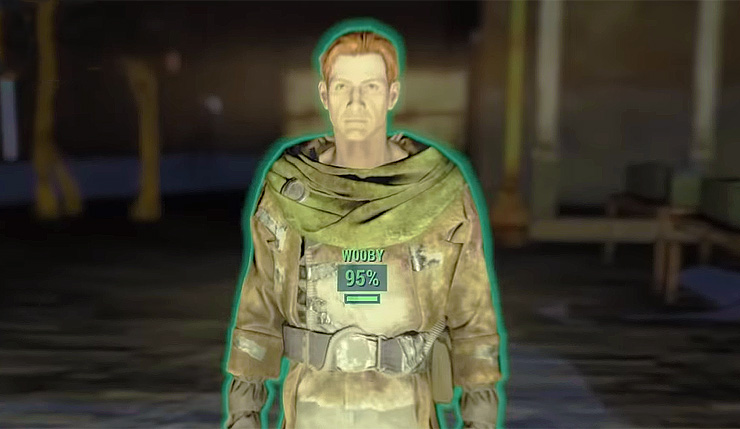 Since release, a lot of Fallout 76 players have complained that the game’s world, while large, is lacking interesting Easter eggs to uncover. Well, that’s not entirely true – players have uncovered a pretty interesting little secret, although this one was never intended to be found.

PC Fallout 76 experimenting with mods have discovered a hidden “developer room” in the game, which contains all the game’s weapons, armor, items, and even plans and recipes for unreleased stuff. Oh, and yes, there is a human NPC, maybe the only one in the game, hanging out in there. His name is Wooby, because, sure, why not? You can check out a tour of Fallout 76’s developer room, courtesy of YouTuber Mr. X, below.

What’s a developer room, and what’s it doing in Fallout 76? It’s basically an area for devs to test out weapons, items, and other things – a lot of developers use similar spaces to test stuff, but they usually remove them from the final game, or at least make them inaccessible in some way. Bethesda, being Bethesda, just leave their developer rooms in their games. People have found similar rooms in Skyrim and Fallout 4, although Fallout 76’s is particularly amusing due to the presence of that one damn human NPC. It almost feels like a troll on those who find the room.

So, how do you find the Fallout 76 developer room? That remains a bit of a mystery, although you may be able to find the answer with enough digging. Be forewarned though – those who have entered the room are reportedly receiving account suspensions. That may sound a bit harsh, but again, remember, the room is full of high-level items and even unreleased stuff Bethesda doesn’t want to get out yet.