Fallout 4 Patch 1.3 has just been released via Steam after its beta testing phase, and introduces ambient occlusion (HBAO+) alongside gameplay, and quest fixes. NVIDIA users will also receive new weapon debris effects. The patch will be released for Xbox One and PS4, later this week.

Bethesda announced the update and its contents, on their official website overnight.

We've included the full patch notes down below:

The 1.3 update for Fallout 4 is available as an automatic download for all PC users on Steam and will be available later this week on Xbox One and PlayStation 4.

The update has several new features – including PC-specific enhancements like our new ambient occlusion setting (HBAO+) – as well as new fixes for gameplay, quests, and Workshop Mode. 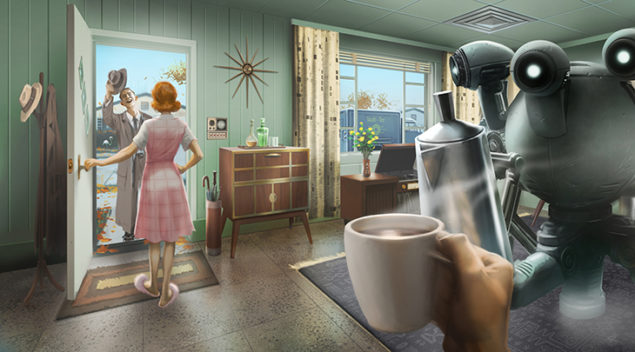 The previous Fallout 4 patch released two months ago, and featured general memory & stability improvements on PC, PS4, and Xbox One.

We'll update when patch 1.3 releases for both consoles.