Fallout 3 Performs Better On Xbox One Through Backwards Compatibility

Although Fallout 4 just released, its prequel remains a solid game, and as it turns out it runs even better on the Xbox One. 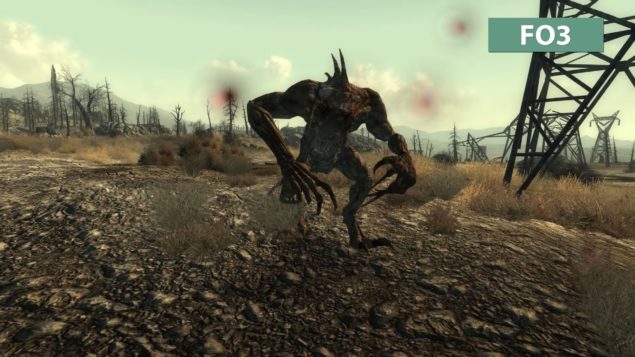 Fallout 3 released back in 2008 for PC, Xbox 360 and PS3 and is highly rated on Metacritic. The title suffered from some performance issues, but the 360 version was clearly superior to the PS3 version of the game. Interestingly, according Eurogamer's Digital Foundry, the game runs even better via the Xbox One's backwards compatibility feature,

Microsoft's released their New Xbox One Experience update this week, which introduced backwards compatibility (BC) to the Xbox one. A feature that emulates the Xbox 360 hardware on Microsoft's latest console.

Eurogamer performed a head-to-head comparison between Fallout 3 running on the Xbox 360 and on Xbox One via BC, and the Xbox One produces less stutter and no screen-tear.

Indeed, based on the evidence of our playthrough, there's actually a fairly compelling argument that Fallout 3 could be one of those rare titles that produces an improved experience on Xbox One. We noted a number of instances of the Xbox 360 version stuttering as we traversed the wasteland and roamed the town of Megaton, while in like-for-like situations, the Xbox One game seemed unaffected.

Also interesting is that in common with other backward compatibility titles, adaptive v-sync (producing screen-tear when frame-rate drops under 30fps) is not supported. Instead, Fallout 3 runs with v-sync running all of the time. On some games running under backward compatibility, this results in sustained drops to 20fps on games with a 30fps target, but Fallout 3 seems to avoid this and holds its frame-rate well, even in the more performance-sapping areas we tested. It's not a one-way street, however - occasionally, we saw a few minor performance drops on Xbox One unseen on its predecessor. Overall, across the bulk of gameplay, Fallout 3 seems to look and play exactly as it should on Xbox One. Indeed, we suspect that few would be able to tell the difference, even running side by side.

Eurogamer concludes that Microsoft team has done an incredible job on the backwards compatibility feature.