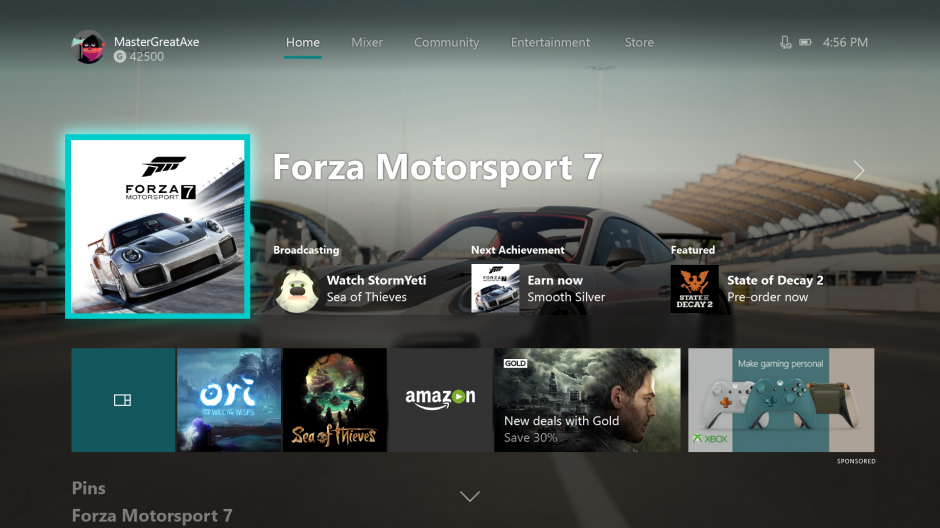 Microsoft has released the Fall Xbox One update for all users which includes major improvements to the dashboard and new options to make upgrading to the Xbox One X easier.

As announced by Microsoft’s Mike Ybarra on the Xbox Wire, the Xbox One Fall Update is being deployed for all users as we speak. As covered earlier this month, the Xbox executive already promised that the update, which was only made available for Alpha Ring insiders as a beta update, would be released before the release of the Xbox One X on November 7.

As said, the Fall update offers a lot of changes to the Xbox One’s Home Menu and the console’s Guide has been greatly improved. Those who will been upgrading to the Xbox One X next month will be happy to learn that Microsoft has included several new options to make the upgrade faster and easier, including 4K game content preloading for various titles and options to filter Xbox One X enhanced games in both the Store and Library.

Additionally, the update also brings Mixer 1080p broadcasting if your bandwidth supports its, and the GameDVR has been upgraded to support 4K/HDR capturing at 60FPS on the Xbox One X, and the bump to 1080p capturing on the standard Xbox One.

Down below you’ll find a list of the new features included in the Fall update:

You can personalize your “Home” more than ever before: You can…

Don’t worry about missing any actions when you step away from your console:

Get a head start on Xbox One X (Launch Day Nov 7): Your console setup experience will be quicker for both new users and upgraders.  There are new options to help save time when moving from one Xbox One to another (including Xbox One X), so you can get back to playing faster.

You will also see a new Microsoft Store logo and name in the Xbox dashboard, providing you with a simpler experience when you download and buy the latest products and content from Microsoft and its partners, including hardware, games, entertainment, apps and more.

The Xbox One (S) is available globally now. The Xbox One X will be released worldwide on November 7 for $499 USD.