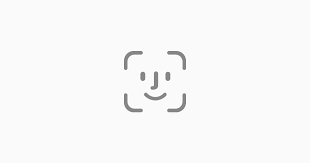 Ever since the iPhone X came out with Face ID, a lot of companies followed the trend and started releasing their own versions. However, most OEMs would only scan the face using the camera whereas Apple actually had sensors that would work. Samsung did release something close called the iris scanner but soon killed it off when they released the Galaxy S10 series of phones.

While Face ID by Apple actually works really well, it can still be fooled by following a few hacks that are available all over the internet. But as this news suggests, in the future, things might be a lot more technical because of the improvements that are happening to the technology as we speak.

How does this tech work? Well, to be put it simply, we are looking at technology that can sense if your face is made out of actual flesh or not. I know, sounds creepy. This innovation is being worked on by a company called Trinamix, which works as a subsidiary of BASF SE, a German chemical company, and according to Trinamix, this technology can easily work with affordable components, meaning that it will become an affordable tech as early as next year.

Granted, this tech does sound creepy, but considering how the world is moving towards more secure ways, this is only something that can make a lot of improvement into an already saturated slew of face-scanning phones available in the market.

How does it work? The camera algorithms designed by Trinamix are capable of recognizing a variety of materials. For starters, this works by recognizing the materials through the array of cameras that work to look for the backscatter of infrared of lasers that are then bounced off a 3D scan. Sounds technical, but let's take Apple's Face ID and couple that with a program that can be used to study the light from the dots that are sent y the Face ID and make more readings, as well.

Additionally, the distance of each infrared or laser dot is measured, as well, which is different from the tech that is being used at the moment. Once perfected, this tech can be then implemented to pretty much any device including smartphones, laptops, and even 3D face-scanning camera systems. The goal here is to make this technology globally affordable.